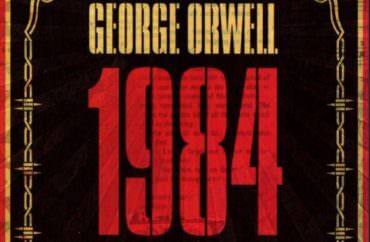 In an Orwellian turn of events, the University of Northampton has put a trigger warning on George Orwell’s dystopian novel “1984,” citing “explicit material” that some students may find “offensive and upsetting,” the Daily Mail reports.

The Mail verified the existence of the trigger warning through a freedom of information request filed with the UK campus.

“There’s a certain irony that students are now being issued trigger warnings before reading Nineteen Eighty-Four,” Tory MP Andrew Bridgen told the Mail. “Our university campuses are fast becoming dystopian Big Brother zones where Newspeak is practised to diminish the range of intellectual thought and cancel speakers who don’t conform to it.”

The novel “1984” was published in 1949 “as a warning against totalitarianism,” according to Britannica. “The chilling dystopia made a deep impression on readers, and [Orwell’s] ideas entered mainstream culture in a way achieved by very few books.”

“The book’s title and many of its concepts, such as Big Brother and the Thought Police, are instantly recognized and understood, often as bywords for modern social and political abuses.”

A university spokesman said told the Mail that while “it is not university policy, we may warn students of content in relation to violence, sexual violence, domestic abuse and suicide. In these circumstances we explain to applicants as part of the recruitment process that their course will include some challenging texts.”

In addition to “1984” getting a trigger warning at the University of Northampton, the UK-based Salford University has put trigger warnings on Charlotte Bronte’s “Jane Eyre” and Charles Dickens’s “Great Expectations,” which are marked as “distressing,” the Daily Mail reports:

The warnings accompany a reading list given to students on Salford’s BA English literature course, and have been revealed in response to a Freedom of Information request.

The university warns undergraduates: “There are scenes and discussions of violence and sexual violence in several of the primary texts studied on this module. Some students may find the content of the following texts distressing.”

Not to be outdone, students in America recently took trigger warnings to a whole new level.

The student-staffed Prevention, Advocacy and Resource Center at Brandeis University last year listed the term “trigger warning” itself as “oppressive” and among those the campus community should avoid.

“The word ‘trigger’ has connections to guns for many people,” the center’s website stated. “We can give the same heads-up using language less connected to violence.”

And in 2020, Baylor University put up a trigger warning for a swath of American flags planted in the grass as a Sept. 11 memorial.