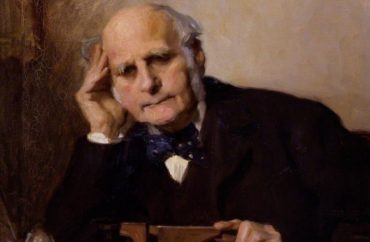 Deadline this month, won’t finish till at least next year

It’s not just American universities that are seriously considering the removal of historical figures from monuments or buildings on campus, owing to their insufficient wokeness. America’s progenitor is doing it too.

British academics are divided on whether to strip the names of four scientists from University College London’s campus, the subject of an investigation that started last fall. On the chopping block: Francis Galton (above), Marie Stopes, Flinders Petrie and Karl Pearson.

Former UCL professors or alumni, the four had ties to eugenics theory in the 19th and early 20th centuries. They were originally recognized for their academic contributions in fields as varied as fingerprinting, statistical research on health and genetics, and early research on birth control, according to The Observer.

It’s not clear whether the UCL inquiry commission is actively exploring the renaming of the buildings that bear their names, including Galton Lecture Theatre and Petrie Museum of Egyptian Archaeology.

The College Fix asked UCL’s office of media relations last week for further clarification on the scope of the investigation, student support for the probe, and prospects for renaming options.

Spokeswoman Kirstry Walker declined to answer questions because the “inquiry has not completed its work and no recommendations have been made,” she wrote in an email.

Francias Galton. UCL must rip his name from every remaining dedication or honour. Who wants to learn or teach in a room named after a man who said " Africans were “lazy, palavering savages, who didn’t deserve to keep the land of their birth ?" https://t.co/dzxXmEBOHl

The eugenics movement fit comfortably into government programs to improve and perfect humanity, peaking in the Progressive Era of the early 20th century.

Its goal is “to improve the genetic composition” of the human race through selective breeding, according to Genetics Generation, a website created by University of San Diego pre-health students.

American universities have been slow to address the presence of eugenics advocates in campus nomenclature, instead focusing on the removal of Confederates.

The British movement to remove problematic figures from campus scored a major win in 2015 with the University of Oxford’s removal of a plaque honoring Cecil Rhodes, its famous alum and founder of the colonial territory of Rhodesia.

The “Rhodes Must Fall” campaign hit a brick wall in 2016, however, when Oxford’s Oriel College refused to remove its Rhodes statue because of a financial threat from a donor.

The situation at UCL is more complicated. While UCL students led a “Galton Must Fall” campaign in 2017, some academics spoke out against their efforts at the time, and the university took no action, according to Evening Standard.

The university learned the following year that it had an ongoing eugenics controversy: An “honorary senior lecturer” had been hosting a covert conference on eugenics and intelligence going back to 2014, with just 24 invite-only participants, according to The Observer.

Though that discovery specifically triggered the creation of the inquiry commission last fall, a professor of history and philosophy of biology has led the charge to specifically remove Galton going back several years.

UCL’s Joe Cain asked the university’s Estate Management Board in a 2014 letter to change the name of Galton Lecture Theatre, calling its namesake “the father of eugenics.”

Among the many hats he wore, Galton was an anthropologist and geneticist. He discovered that the human fingerprint serves as a means of identification, and coined the term “eugenics.” His name “has been inextricably linked with racist, misogynist and hierarchical ideologies,” Cain wrote the board.

The professor is now one of fifteen investigators on the inquiry commission. The Fix asked Cain about potential alternative names for the theater and for relevant updates in general. He declined to talk “until after the UCL Inquiry has published its final report.”

The other targets have lower profiles than Galton. Stopes founded England’s first-ever birth control clinic and wrote books on marriage, love and sex that attracted equal publicity and controversy.

An online biography of Stopes says the “social acceptance of books on human sexuality became possible” because of her academic research and writing.

Petrie was an Egyptologist who excavated the Israel Stele, an ancient Egyptian inscription affirming Israel’s role in the region around 1200 B.C., as described in the Hebrew Bible.

Even Karl Pearson, who founded the world’s first statistics department at UCL and was an outspoken socialist in his day, has not been spared as a target of the probe.

They aren’t at immediate risk of being forgotten to campus history. The commission was supposed to conclude its work this month, according to the university’s December announcement, but The Observer reported that the commission has extended the inquiry into next year.

Walker, the university spokesperson, pointed The Fix to what she called UCL’s latest statement on the inquiry, which touches on the delay.

The commission “is in the process of gathering evidence from experts and consulting with our community. UCL is giving the inquiry time and space to carry out its important work,” the statement reads.

At time of reading, @profjoecain quoted twice against Galton… @ucl don’t squander this chance to make us proud of how you handle this issue.https://t.co/ryxkL7tlf6

Commemorated for ‘discoveries that laid the foundations of several new sciences’

Cain is not the only UCL professor weighing in on the inquiry. Another is concerned that removing the names would harm the university’s image.

“Renaming the buildings and chairs named after UCL luminaries would be a remarkably bad idea,” Professor Steve Jones, former head of the genetics department at UCL, told the Observer.

“It would lead to mockery in the press and criticism from geneticists, psychologists and statisticians across the world,” he said. “The individuals we have honored at UCL are commemorated not on political grounds but for discoveries that laid the foundations of several new sciences.”

The president of the institute that bears Galton’s name, which is unaffiliated with UCL, calls the luminary a “terrible racist.” But geneticist Veronica van Heyningen defends the worthiness of his memorial.

“[Galton] played an extremely important role in developing the science of eugenics, and it is reasonable to honour him by giving his name to institutions like the one I now run,” van Heyningen told the Observer.

As an alternative, she suggested that the university “install plaques examining the achievements – and the historical wrongs – of a particular scientist,” rather than removing their legacy from campus memory.

This is not about establishing whether Galton or Pearson were racists! It is well known that they were. It is about accepting that social and human sciences in this country and elsewhere have racist foundations! The debate is bigger than @ucl's inquiry into #eugenics! https://t.co/J0YGWMmBEv