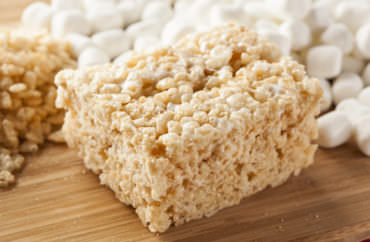 The Michigan State University event was part of the “It’s On Us: Fall Week of Action,” dedicated to teaching students how to respond to sexual assault, harassment and relationship violence.

A flyer for the therapy dogs event stated “coloring pages,” Rice Krispies treats and Biggby coffee, a coffee company native to Michigan, would be doled out to attendees.

As for the bystander workshop, it was described on Facebook as “an interactive workshop that explores the various ways that upperclassmen can be active bystanders.”

“We will go over scenarios that students experience daily and the ways that intervention can help change our campus and end violence,” the description added. “We also cover topics such as microaggressions, rape culture, and campus climate.”

Several campus officials declined to comment on the week’s festivities: members of the University Activities Board as well as campus spokesman Jason Cody, who simply forwarded a press release on the week to The College Fix.

“The events this week are focused on gaining a better understanding of the issues of relationship violence and sexual misconduct on campus and empowering our community to take action,” stated Jessica Norris, Michigan State’s Title IX director, in the release.

Therapy dogs and snacks have been utilized elsewhere as part of student activities over the past year. At the University of Pennsylvania, a student group hosted a “Chocolate and Chocolate Labs” event as part of a campaign to help students deal with final exams, for example.

And the University of Michigan has offered students Play-Doh in en effort to teach students about “the benefit of play in regard to mental health and well being.”

According to the It’s On Us website, the nationwide movement started in 2014 after the White House Task Force stressed “the importance of engaging everyone in the conversation to end sexual violence.” It’s On Us says it uses “innovative creative content and grassroots organizing techniques to spark conversation on a national and local level.” The organization says it is active on over 500 campuses.