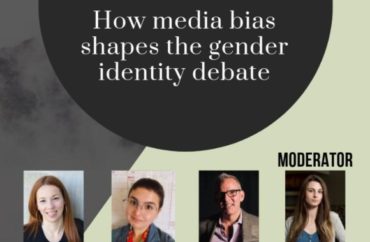 Who knew Simon Fraser University was so attuned to the offense of a random alum on Twitter?

The Canadian public university swiftly responded to a Twitter user who complained that it was allowing a group to host an event titled “How media bias shapes the gender identity debate.”

“Thank you for flagging this, we are looking into it,” SFU’s official Twitter account responded to Andrew Wilmot on Monday night when he tagged the university in his tweet on the Nov. 2 campus event.

It features Meghan Murphy, the founder of the contrarian feminist website Feminist Current and critic of transgender activism. Lindsay Shepherd, the former grad student investigated by Wilfrid Laurier University for showing her undergraduates a debate on gender pronouns, is moderating. (It’s not the first Murphy event to draw a university investigation.)

According to a screenshot posted by Shepherd, Wilmot tweeted that he was “embarrassed to have any association whatsoever with my alma mater,” given that it’s hosting the event.

I am also an @SFU alumna. I hope they will uphold the values of open inquiry and free expression. pic.twitter.com/hBRhlnNzDe

MORE: Trans activism’s threat to women is ‘forbidden discourse’ on the left

Referring to the slur “trans-exclusionary radical feminist” – those who deny men can become women – he mocked SFU for “hosting a collection of TERFs whose careers are predicated on falsehoods and bigotry. Do fucking better.”

A spokesperson for the university provided The College Fix a Wednesday statement from Provost Jon Driver on the controversial event.

“[W]e support the right of faculty and other SFU community members to engage in free speech within the limits of the law” but “this does not imply that we endorse the views expressed,” Driver wrote:

On the contrary, it is understood that all ideas, beliefs and opinions are subject to analysis and criticism that may result in their modification or rejection. SFU is deeply committed to equity, diversity and inclusion and to safeguarding the rights of our LGBTQ2+ community. As such, we support the right of trans community members to define their own gender identity and to be respected in that choice, within SFU and our community at large.

Asked whether SFU’s tweet “Thank you for flagging this” was standard wording for the university’s response to a complaint, the spokesperson said it was “standard for when our team is gathering information on any question brought to our attention online.” It issued the provost’s statement after it learned more.

He describes himself as the co-editor in chief of Anathema Magazine, a speculative-fiction publication that publishes queer/two-spirit people of color/indigenous creators. (“Two-spirit” refers to indigenous cultures that offer a “third gender” option encompassing both male and female.)

“Fuck Nazis, TERFs, and bigots of all stripes,” his Twitter description reads.

Shepherd tweeted that she was also an SFU alum: “I hope they will uphold the values of open inquiry and free expression.” Her followers weren’t as optimistic. “So one profanity-laced ad hominem attack against several different panelists is all it takes for Simon Frazier [sic] University to leap into appeasements?” one responded.

The response to the university’s “looking into it” tweet is also unavailable, suggesting that Wilmot responded to SFU before marking his account private.

In response to another Twitter user who was apparently offended by the event she’s scheduled to moderate, Shepherd suggested the university would spur donations “if they protect open inquiry & free expression!”

I had a positive experience doing my B.A. at @SFU, I hope they allow the "How media bias shapes the gender identity debate" panel discussion to go on so I can continue to speak highly of them 🙂 I'm sure many will donate to SFU if they protect open inquiry & free expression! https://t.co/yLqvuoR2dC

Wilmot has used dehumanizing and vaguely threatening language toward so-called TERFs in the past. One Twitter user shared a screenshot of his pre-private account with the university.

Responding to a video of an activated flamethower, Wilmot said:

Honestly, this is how I respond to all infestations, be they spiders or TERFs. Sometimes it’s hard to tell the difference [sic] Then I remember: spiders have purpose in this world.

The user tweeted that SFU was a “disgrace” and that Wilmot was arguing “women shouldn’t be allowed to speak & that they should be murdered for daring to do so. Congrats. Post-secondary institutions are officially obsolete cesspools of misogyny.”

SFU, you are a disgrace.

You agree women shouldn’t be allowed to speak & that they should be murdered for daring to do so. Congrats.

UPDATE: A screenshot of another Wilmot tweet has been added, showing him using dehumanizing and vaguely threatening language toward so-called TERFs. The university responded to Fix questions Wednesday, and its answers have been added.