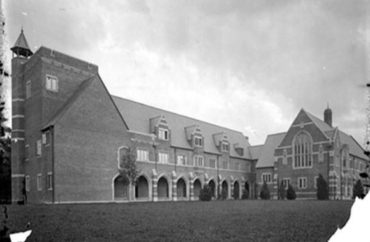 University of Richmond’s Board of Trustees will not change two buildings’ names despite demands to do so from a group of black student activists.

“As Trustees, we deeply appreciate our students’ candor in the Statement on Black Student Welfare about their experiences at the University of Richmond. We recognize that we still have important work to do to become the truly inclusive community we aspire to be. We also understand the disappointment and hurt associated with our decision regarding the names of Ryland Hall and Mitchell-Freeman Hall,” the trustees said in March 17 statement on the matter.

“…In numerous conversations, the Board gave careful consideration to the question raised by the student governments of removing Ryland’s and Freeman’s names from the buildings on our campus. We believe, however, that removing building names is inconsistent with the pursuit of our educational mission, which informs all of our actions.”

The Black Student Coalition is now asking asking professors, students and employees who support their demand to basically go on something of a strike on March 25 in response.

“We are not asking any students to disaffiliate from research, student jobs, scholarship-affiliated activities, or any private student support groups. The point of disaffiliation is to cease all uncompensated, extracurricular, public-facing work and programming which UR is in turn able to publicize and profit off of,” the coalition states.

According to university research, Robert Ryland “built what became the University of Richmond as the superintendent of the Virginia Baptist Seminary and then as the first President of Richmond College.” He was also a slaveholder.

As for Douglas Southall Freeman, he was a historian and Pulitzer Prize-winning journalist who also held “white supremacist beliefs that led him to glorify the Confederacy, promote segregation and disenfranchisement, and support eugenics,” the university reports.

Campus leaders have developed various ways to memorialize Ryland’s former slaves to honor them. They have also agreed to various other concessions, such as finding a permanent location for a multicultural space on campus and even planning a 13-week freshman orientation that includes a two-week diversity, inclusion and equity module.

Ronald Crutcher, the university’s president who is also black, has argued that “Uncomfortable pasts can lead to challenging conversations that point to ways forward.”

“Such conversations will most certainly be difficult and painful at times. But they are just as necessary as they are difficult if we are to live up to our promise as a truly inclusive community,” Crutcher stated.

MORE: USC creates task force to get rid of building names that ’cause pain’