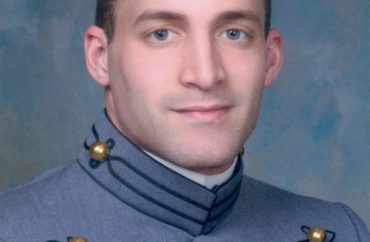 The West Point cadet beat sexual-assault charges that could have sent him to prison for life. Yet the military academy still kicked out Trent Cromartie on the eve of his senior year.

The two-year investigation started with Cromartie being dragged to a military police station right after he completed a grueling, multi-day field training exercise. He was “dehydrated, sleep deprived, and hadn’t eaten,” yet was subjected to a five-hour interrogation, according to the former cadet.

His accuser got a “victim advocate” and regular check-ins about her health and well-being, while he was left to fend for himself against a hostile interrogator who “used leading questions in an attempt to reshape my statements.”

Witnesses at trial, including at least one female cadet, testified that the interrogator tried to coach them on answers. “He would tell me what to say” and “argue with me about my answer,” she said.

Most outrageously, his accuser faced no consequences from West Point for perjury on the stand. She made an easily verifiable, memorable claim that there were several “blood streaks” on the bed after their sexual encounter. She gave precise measurements: 24 inches wide, 6 inches deep.

Her three roommates contradicted her. Her defenders attributed her inconsistencies to “trauma.”

Cromartie suffered from “severe depression and even suicidal ideations” throughout the investigation and for years after. He wasn’t allowed to return home for the holidays. He was presumed guilty in his cohort because of “the seriousness of the allegations.”

The former cadet was denied justice by a military structure increasingly paranoid about sexual assault allegations and willing to throw due process under the bus for better PR and relations with a guilt-first Congress.

This happened several years ago. You may remember seeing his story told in The Wall Street Journal. It’s only gotten worse for accused students in every institution of higher learning.

Cromartie is sharing his story again now with a bipartisan group of members of Congress, as part of a broad push by due-process advocates to sound the alarm about victim-centered investigations.

They are seeking to put grassroots pressure on Attorney General William Barr to stop funding “Start By Believing” programs with a Change.org petition, which is approaching 1,700 signatures as of Thursday.

The former cadet and other advocates held a Capitol Hill event earlier this month to highlight the training resources that instruct investigators to favor accusers and build a prosecution against accused students, regardless of the evidence.

The evidence is rather beside the point: Victim-centered investigations intentionally avoid collecting detailed evidence that may contradict or expose credibility problems in an accuser. They are predetermined to result in a misleading, incomplete investigation.

Built on pop sociology ripped out of its research context on “forcible rape victims” in the 1970s, trauma-informed theories assume that victims will switch into “self-preservation” mode in life-threatening situations, according to Cynthia Garrett, co-president of Families Advocating for Campus Equality.

For anyone who has read a due-process lawsuit against a college by an accused student, these “life-threatening” situations are fleetingly rare. Colleges are largely judging whether accused students lost their partner’s consent at some point during an encounter, or one encounter in a relationship that continued after the alleged violation. (This latter condition was the basis of Yale University’s blatant violation of Jack Montague’s due process rights and its own Title IX rules. A jury will get to decide his claims.)

Being branded a rapist for not asking your partner verbally if you can switch sexual positions over the course of an encounter makes the accused student just as much a victim, yet training resources ignore their mental health.

Harvard University psychiatrist Judith Herman kicked off the pseudoscience craze with her 1992 book that claimed rape trauma is preceded by terror, self-preservation, helplessness and futility – to the point where victims make no attempt to escape. It was not based on any credible research, and supposed symptoms weren’t based in evidence, according to Garrett.

Since then evidence of trauma has come to include “tonic immobility,” fragmented memories, and counterintuitive behavior such as sending “loving texts with smiling emojis for months.” Relevant evidence has been thrown out on these grounds in campus adjudications. Multiple courts have frowned upon the use of such techniques, saying they create the presumption of guilt.

Campus investigators and adjudicators are applying “rape traumatology broadly” to all reported incidents of sexual misconduct, while ignoring actual medical evidence on phenomena such as blackouts, according to Garrett. Blackouts don’t mean that consent wasn’t given in the moment: They simply mean that a person is not forming new memories during the blackout.

Memory science is not a concern for campus prosecutions. Memory is like “a Wikipedia page: You can go in and change it, but so can other people,” Garrett said. The most recent research on memory contradicts the dogma of trauma-informed theories: “Central or important details are remembered well” while peripheral or neutral events fall to the back.

High stress “actually facilitates memories,” but “social sources” are the most convincing for alleged victims, who may become convinced they were assaulted after discussing an incident with friends for a month, Garrett said.

Lawyer Eric Rosenberg said he was “a somewhat reluctant advocate” for accused students because of his prior work with a nongovernmental organization, Trade Justice Mission, that helped sex-trafficked women abroad, particularly teenagers. He distinguished these investigations by the group, which has since shuttered, from college investigations in that victims abroad are not always protected by the rule of law.

He shared one adjudication where he represented an accused student: The hearing panel rejected all 264 questions posed as cross-examination to the accuser and witnesses. The panel told him the answers to the questions wouldn’t change their minds.

In another case, his client was blocked from asking questions in violation of school policy, including from a toxicology expert who contradicted the accuser, Rosenberg said. At a hearing just last month, adjudicators worked with the accuser to “walk back” her testimony that the sexual activity started as nonconsensual, become consensual, and then reverted to nonconsensual. He got the investigator to testify that this chronological order was correct.

Adjudicators are being trained not to “retraumatize,” but the practical effect is that “common sense due process protections” are missing, he said.

This is the entire thrust of victim-centered investigations, whose methodology was developed by End Violence Against Women International, said Ed Bartlett, president of Stop Abusive and Violent Environments.

EVAWI, which opposes due process yet is funded by the Trump administration, tells investigators to make accusers “appear more innocent.” The title of one of its reports – “Moving Beyond the Issue” – makes clear that its real purpose is to dismiss “any real possibility that the allegation may be false” and successfully prosecute all accused people, Bartlett said.