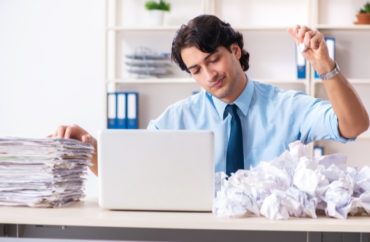 In his book Crazy U: One Dad’s Crash Course in Getting His Kid Into College, Andrew Ferguson tells the story of a tour he took of Harvard University with his family.

After being shown a video of how diverse and egalitarian the school’s admissions process is, a parent of a prospective student raised a hand and asked a tour guide a question:

“How many of your class are legacies?,” he asked. “Their parents went to Harvard.”

The incredulous parents pressed on, asking question after question that the tour guide continued to dodge. Finally, the parents got the tour guide to estimate the number of legacies accepted per year.

The parents gasped at the incongruity of the statement. The video they had just seen said the school was dedicated to diversity and academic achievement — how could it be that one-third of the new students simply had the right bloodlines?

This is a question recently answered by Amherst College, a small liberal arts college in Massachusetts, which recently became one of the first schools in America to announce it would end legacy admissions.

“Now is the time to end this historic program that inadvertently limits educational opportunity by granting a preference to those whose parents are graduates of the College,” said President Biddy Martin in a statement. “We want to create as much opportunity for as many academically talented young people as possible, regardless of financial background or legacy status.”

You won’t see a lot of praise of Amherst College in the pages of The College Fix — the school is one of the more ridiculous offenders in the woke wars — but Martin is exactly right. Legacy admissions only serve the wealthy, largely white students who happened to stumble into exalted status by birth.

As USA Today columnist Jill Lawrence noted in a recent column, a study of Harvard’s admissions found the actual number of legacies to be even higher than the hapless tour guide guessed.

According to the study, 43 percent of white students were athletes or related to alumni, donors, faculty or staff.

“Removing preferences for athletes and legacies would significantly alter the racial distribution of admitted students, with the share of white admits falling and all other groups rising or remaining unchanged,” wrote the authors.

For years, conservatives have justifiably complained that racial quotas provide valuable slots to students for reasons other than their academic potential. But while minority students are more easily identified on campus, white legacy students are largely left unscrutinized, even though their credentials may be well below those who gained entry to the school solely on merit.

But even more so than racial diversity, doing away with legacies would allow schools to admit more student with a diversity of experience and ideologies. Rather than setting aside slots for people with effectively the same upscale, progressive upbringing and politics, schools could have more flexibility to admit working class kids with opinions that may run counter to the liberal catechism.

If schools are serious about true diversity, they should drop this antiquated remnant from centuries ago and accept students based on their true academic potential — not their DNA.