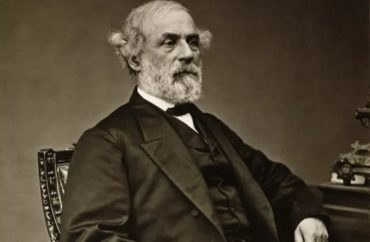 Over these December holidays, the United States Military Academy at West Point started the process of removing aspects of the Confederate States of America in the name of altering its “racist-past references.”

Congress’ Naming Commission, comprised of four U.S. military veterans and four civilians, made its final recommendations this past summer.

Among them were renaming “seven different Department of Defense ‘assets’ dedicated to Confederate generals Robert E. Lee, P.G.T. Beauregard, and William Hardee,” and the removal of Lee’s portrait from the library in Jefferson Hall.

Lee served as West Point superintendent for several years prior to the Civil War.

In a December 26 statement, current superintendent Lieutenant General Steve Gilland said that over the holiday break, West Point will “begin a multi-phased process […] to remove, rename or modify assets and real property […] that commemorate or memorialize the Confederacy or those who voluntarily served with the Confederacy,” the Daily News reports.

Gilland said officials “will conduct these actions with dignity and respect.”

Along with the removal of Lee’s portrait, a stone bust of the general and his quote about honor also will be yanked from the campus’s Reconciliation and Honor Plazas respectively by next spring.

Also on the way out are a triptych of bronze panels 11 feet tall by 5 feet wide that depict Lee among several historical figures, along with an image of a hooded, armed man, captioned “Ku Klux Klan.”

They too will be stashed in storage “until a more suitable location is determined.” In addition, various streets, buildings and other areas throughout West Point that are named after Lee and others who served in the Confederacy will be renamed.

Historian Mary Grabar had told The Fix that Lee did not join the Confederacy to protect slavery but his home state of Virginia — “as was the case with many Southerners who were neither slave owners nor advocates of slavery.”

“Contrary to the claims of the Lee-haters, monuments to him actually represent reconciliation and healing,” Grabar said. “It is the statue-topplers who are attempting to stir up bitter feelings that have long receded in the national memory.”

The Naming Commission denies it is “erasing history.”