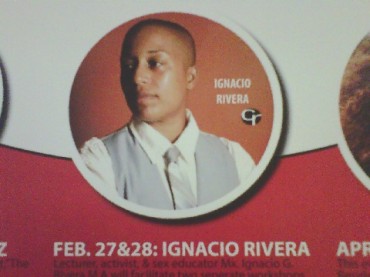 The University of Wisconsin-Madison recently hosted a diversity forum that banned white, heterosexual students from attending, The College Fix has learned.

The public university, in advertising the event, declared that the Feb. 28 session was “specifically for self-identified LGBTQ people of color.”

It hosted a second diversity event a day earlier that apparently allowed heterosexuals, but not white ones. “Both of these sessions are intended for self-identified people of color,” a flier touting the event stated.

The sessions are part of a “Race and the Body” speaker series put on by the taxpayer-funded Institute for Justice, Education and Transformation Multicultural Student Center at the University of Wisconsin-Madison.

Its webpage repeated the same admittance requirements as the fliers posted on campus.

“Ignacio Rivera will facilitate two seperate workshops entitled ‘Mapping Your Desires’ for people of color,” the website states regarding the race- and sexual-preference segregated events.

According is his website, Rivera is a “Two-Spirit, Black-Boricua Taíno, queer performance artist, activist, filmmaker, lecturer and sex educator who prefers the gender neutral pronoun ‘they.’ “ “Ignacio’s body of work has focused on gender and sexuality; specifically on queer, trans, kink and sexual liberation issues within a race/class dynamic,” it adds.