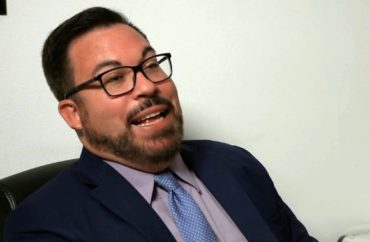 The American University in Cairo celebrated its 100th birthday this year. The Egypt-based, English-speaking university is incorporated and accredited in the United States. It says it “upholds the principles of academic freedom and is dedicated to excellence.”

Well, unless a donor disagrees with something.

The Foundation for Individual Rights in Education is seeking answers from AUC about its treatment of a professor who fled Egypt in fear of a major university donor who endowed the chair he held.

Adam Duker accepted a tenure-track appointment in 2016 that named him assistant professor and Abdulhadi H. Taher Chair in Comparative Religion, according to FIRE’s July 24 letter to President Francis Ricciardone. (Duker contacted The College Fix after this article was published to correct some of FIRE’s account.)

But he quickly ran into problems with the chair of his department, Michael Reimer, who tried to micromanage the curriculum of his World Religions course to satisfy the Taher family. Beyond pressing him to spend more time on “Asian religions,” the chair complained about proposed lectures on “religious satire” and banned him from showing the “offensive” film “Super Size Me.”

“Reimer also asked that the word ‘Christianity’ be removed from the beginning of the course
name,” according to FIRE’s account.

The university gave Taher’s son Tarek, who managed his AUC endowment, copies of the World Religions syllabus and a lecture when he asked for confirmation that it “fits within his [father’s] vision.” This opened the door to further demands from Tarek Taher, including that Duker use a different version of the Qu’ran that uses “Allah” rather than “God.”

Just six months after he started, Duker met with Tarek and his wife in Malibu, Calif., Duker told The Fix (contrary to FIRE’s account that it took place in Miami):

Duker reports that Taher recounted to him a dream he had in which a celestial being voiced concerns to him about the Taher Chair. Taher explained that, due to this dream, he wanted to pre-approve Duker’s lectures, and he asked that Duker proselytize for Islam in class.

Duker refused but said he “hoped to honor” the father’s legacy. Just over a year into the position, Provost Ehab Abdel-Rahman told Duker the chair had been revoked after “numerous conversations” with Tarek Taher at the highest levels of AUC.

He was ordered to “kindly remove any reference to this endowed professorship” – an express violation of Duker’s contract, the professor said. He remained a professor, however, and later learned from interim Dean Robert Switzer that the chair was revoked “over his failure to present Islam more favorably than other faiths in class.”

Duker kept using the chair title anyway, and Switzer warned him that October that it was “not an option open to you” to continue using a contractually guaranteed title.

The next month, Egyptian security forces detained Duker and his comparative-religions class on a “Sacred Spaces of Cairo” field trip to a synagogue. (Duker told The Fix he speaks “some” Arabic among eight languages, contrary to FIRE’s account that he doesn’t speak Arabic.) Purported employees of the Ministry of Antiquities came along:

They demanded that Duker and his students leave the synagogue, and one of the Ministry of Antiquities employees reportedly asked a student if Duker was attempting to convert his students to Judaism, repeatedly referenced Abdulhadi Taher, and mentioned to Duker that they knew his phone number and that his wife had recently given birth.

While he talked his way out of interrogation, the 45-minute encounter panicked him enough to flee Cairo with his family temporarily but remain in Egypt. (Duker told The Fix this was on the advice of his lawyer.) He learned from students that AUC officials, including its top lawyer, had interviewed them about the trip.

‘Faculty misconduct’ to share his exoneration by faculty committee

Amazingly, Duker didn’t leave AUC then and there. He kept arguing with officials over the use of the chair title, which his lawyer said was the “Decisive Condition” for accepting the job offer, and in February the university threatened legal action against him.

Though AUC investigated him for “faculty misconduct,” a faculty grievance committee ended up siding with Duker about his contract, telling the administration it had set a “very dangerous precedent” by giving a donor the leeway to infringe on Duker’s academic freedom.

He decided to resign that May, taking his family and leaving Egypt in fear again. But he also shared the faculty report exonerating him with the full faculty, drawing an administrative rebuke.

Tarek Taher in turn reached out to students on social media to accuse Duker, “who identifies as a Christian from a Jewish background,” of being a “Zionist,” Religion News Service reported. The donor made ludicrous claims that Duker was misappropriating the chair endowment “to take students to Israel” and that the professor “wanted Muslim students to clean a Jewish graveyard.”

Using Duker’s publicity of his exoneration as an excuse to nullify the exoneration, AUC found Duker guilty of faculty misconduct by continuing to use his contractually guaranteed chair title and “maligning the reputation of Mr. Taher.” Duker has repeatedly denied the administration’s claim that the grievance process was “confidential” and he couldn’t share the results exonerating him.

Duker told FIRE that Tarek Taher “betrayed his father’s wishes by demanding that I teach and conduct my research according to his own religious views,” but he blamed the administration for going along with his demands.

It violated these external and internal promises from the start of Duker’s professorship, with the interference in his curriculum and then acquiescing to Tarek Taher’s demands, FIRE said. It unfavorably compared AUC to American University of Beirut, whose former president publicly criticized AUC for letting a donor wield such power.

AUC has also not cited any internal policy that informs faculty members it can “revoke conditions of their contracts on the basis that donors disagree with the faculty member’s teachings,” FIRE said. Any damage to AUC from the controversy is self-inflicted, given its “failure to establish donor relationships that do not convey to donors veto power over faculty members’ freedom.”

The university has both shown faculty and students that its written promises mean nothing, and encouraged donors to expect it will “tolerate and implement their personal predilections over the objections of faculty or students,” said the letter, signed by Sarah McLaughlin, FIRE’s senior program officer for legal and public advocacy.

She also copied the letter to the head of accreditation for the Middle States Commission on Higher Education, which has the power to strip AUC of its accreditation. McLaughlin told The College Fix the university has yet to respond to the July 24 letter.

In his email to The Fix Friday night, Duker emphasized that he made his decisions to comport with “the ethics of my academic discipline”:

I would never sacrifice religious or academic freedom [for] a donor or his son. I tried to make Tarek feel comfortable with my cross-confessional approach to religious history, but I never did anything to change the way I approach the subject in order to bolster his father’s legacy.

He kept referring to himself as the Taher chair because his provost refused to amend the contract, whose “very first sentence” guarantees him that title, Duker wrote.

AUC responded to a Fix query on Friday morning. Spokesperson Dena Rashed wrote in an email:

The American University in Cairo confirms its unequivocal commitment to both religious freedom and academic freedom. In addition, the University’s Freedom of Expression Policy states that AUC: “values the freedoms of speech, thought, expression and assembly — in themselves and as part of the core educational and intellectual mission of all members of the AUC community.” The University values these principles as cornerstones of academic excellence.

Recently, those who share these values have raised concerns regarding the case of Assistant Professor Adam Duker, reacting to some reports that are based on inaccurate information. Professor Duker has voluntarily resigned and will not be teaching at AUC in the fall. The University respects the confidentiality of individual personnel cases. While AUC does not comment on individual cases as a matter of policy, it assures all concerned parties that it has fully and faithfully upheld its principles in this matter.

After The Fix asked AUC to specify what is inaccurate and which reports it is citing, Rashed cited “some” articles among “several” that were “missing information.” She recommended a “comprehensive” article by Al Fanar Media.

UPDATED: The American University in Cairo responded twice to Fix queries after this post was published. Its comments has been incorporated in full. Duker also contacted The Fix to correct some of FIRE’s account and a misunderstanding by The Fix, and to elaborate on the decisions he made. His comments have been added.