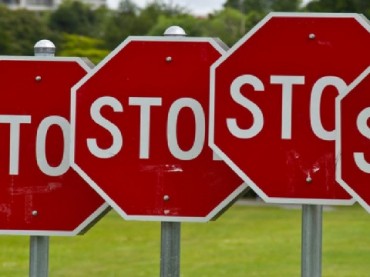 OPINION: Hustlers who invoke ‘white privilege’ when it suits their needs conveniently forget to factor in the backstory that lies at the heart of a person’s life and career

You need to check yourself if you use the term “white privilege” to describe a well-dressed, well-paid white person.

Making such reactionary proclamations about people you barely know — and apparently do not wish to know — not only puts your myopia on display, but it also gives everybody within earshot a glimpse of your utter willful ignorance.

Recently, there has been prattle in the media and academic halls about how white people are afforded a set of privileges that are denied to people with variegated skin.

In fact, the proponents of “white privilege” use a theory called the “Matrix of Oppression” to explain how whites are granted privileges in the real world.

University of Maryland sociological professor Patricia Hill Collins was one of the first academics to popularize this theory in her book Black Feminist Thought: Knowledge, Consciousness, and the Politics of Empowerment. As Collins and other academics note, oppression is created by privilege.

Yet there are important contextual factors involved in rendering a verdict about a person’s character: historical context, socio-economics, and personal experiences matter. When you lump all people, regardless of their personal stories and historical background, into one giant pot of privilege porridge, then you are making a fool of yourself and dismissing people off hand.

For example, MSNBC commentator Touré recently made a grossly ignorant comment, proclaiming in a tweet that the “power of whiteness” helped prisoners survive concentration camps. He was responding to a tweet by @hopes__and__chains that said, “my family survived a concentration camp, came to the US w/nothing, LEGALLY, and made it work.”

I fail to see how the “power of whiteness” had anything to do with surviving the meat grinding, soul crushing, and humiliation that concentration campus engendered.

But again, Touré, like so many guttersnipes and dunderheads before him, failed to stop and consider his words and actions, and how they may be perceived. Instead, he chose to point at the target of his anger and yell “white privilege!”

Unfortunately, this kind of knee-jerk reaction is all too common among those who dabble in “white privilege” mongering.

Speaking in hypothetical terms, maybe they point at an elderly businessman on TV, noting his august appearance, articulate manner, and white skin, and, in that brief moment, place him in the “white privilege” category.

But perhaps they were unaware that that businessman, originally named James Finegold, at a very tender age, saw the massacre of his entire family at Auschwitz II–Birkenau in 1941. He managed to escape Hitler, but he could not flee the lifelong burden associated with having a Jewish surname. Not only did he have to give up his last name (the last tie to his now dead family), but he also went on to lead a hard and scrabble life, fighting and scrounging his way through every obstacle and setback. He worked hard for 30 years of his life, until one day, by the grace of God, he was able to cobble together enough greenbacks, experience and knowledge to afford the finer things in life.

Were his gains made through “white privilege?”

Or maybe they consider their boss, a white woman who dresses to the nines every day, carries herself with a weighty presence, and earns a handsome living as a real estate broker, a result of “white privilege.”

But in their rush to judgment, maybe they neglected to actually talk to her and find out her story. They probably would have found out that she ran away from home at a very young age, lived on the streets until the age of 17, and, nearing her wits end but not willing to be propped up by a massive welfare state, earned money as a stripper throughout her early twenties. Hardly the calling of a person graced with the good fortunes of “white privilege.”

Indeed, she lived a brutal life even before entering the business world. She had to hustle and bustle to eek out a niche in the real estate market, which is a tough racket. She took some lumps, lost some money, gained some money, but along the way she acquired experiential wisdom, eventually giving her the opportunity to create a nice little career in the real estate field.

And to think, in this rush to condemn a person for not “checking their privilege,” the hustlers who invoke the “white privilege” term only when it suits their needs, conveniently forgot to factor in the backstory that lies at the heart of a person’s life and career; the interstitial beauty of their personal history poo-poohed away as if it was yesterday’s refuse.

At least do a little research — perhaps bone up on the personal backstory before making a snap judgment about how they acquired their prestige and title – before dismissing them as a purely a result of class privilege.

In the end, you should always judge a person based upon their individual merits, not what class or caste system they belong to.