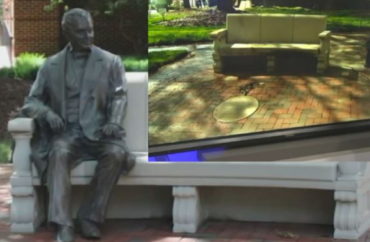 William Peace University has removed a statute of its namesake after a taskforce determined he owned 51 slaves in the 1860s.

The taskforce was launched in 2020 amid national racial unrest.

The small, private university in Raleigh, North Carolina, is also launching a series of “listening sessions.”

The racially segregated sessions aim to allow the campus community to come to grips with the fact that Peace owned slaves, that slave labor helped build the university, that its hospital served as a Confederate hospital during the Civil War, and that past editions of the Peace yearbook from the 1920s contain “racially stereotypical content and racial slurs,” its website states.

“Like most colleges and universities in the south, there are certainly going to be ties that are problematic for intuitions. We took a courageous step forward,” University President Brian Ralph told local reporters.

What’s more, the university held a “Day of Acknowledgment” on March 24 to grapple with its history. The day included providing quiet reflection spaces and counseling services. A community walk is also planned. 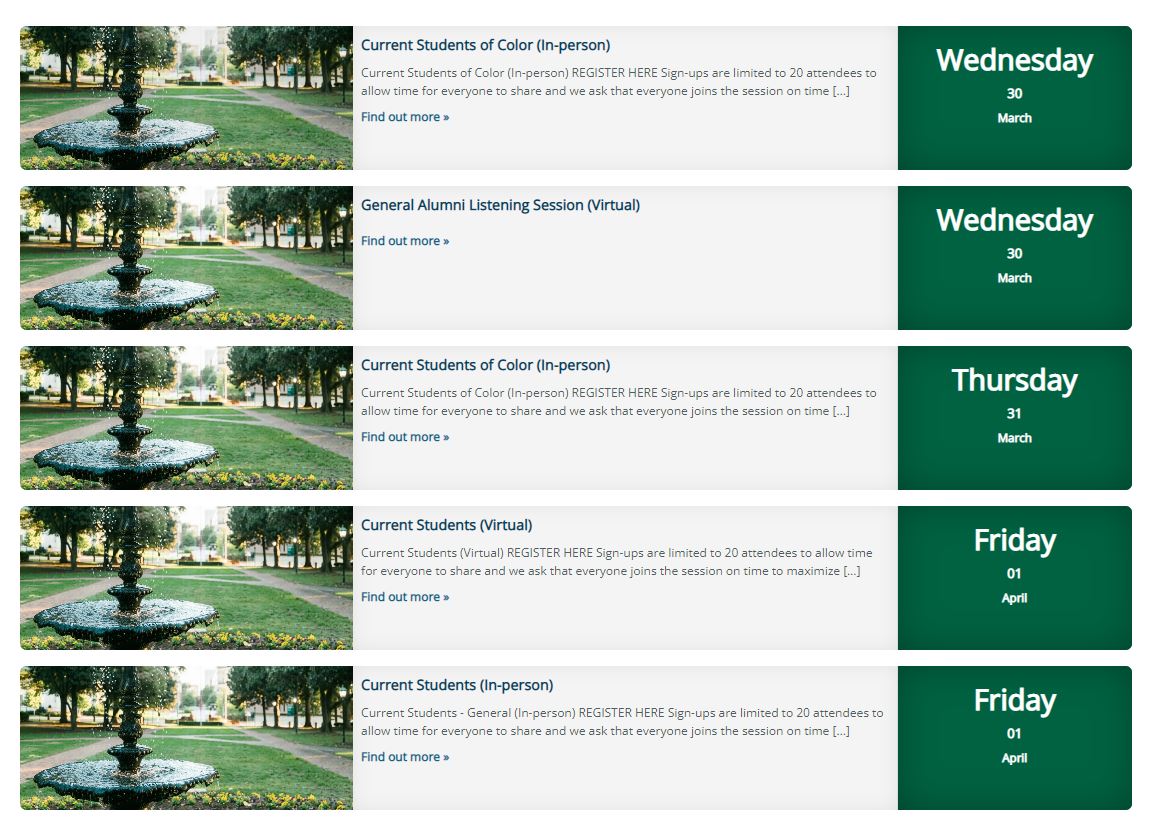 The upcoming listening sessions — which are divided by race — are also expected to address concerns over the name of the university and whether it should be changed.

“The purpose of these sessions is to provide a confidential and safe space to interpret and process these facts as well as hear how we reckon with and respond to our history,” the university’s website states.

The FAQs state that there “are no current plans” to change the name of the university, however campus leaders “will be carefully reviewing the input from the listening sessions and recommendations to guide all future decisions. We fully expect this topic to be discussed during the sessions.”

The listening sessions will also discuss whether building names on campus should be changed.

“[T]o move forward, we must understand our history as an institution and where it may/may not intersect with white supremacy, slavery, and/or racism,” the university’s website states.

According to the North Carolina History Project, the university has its founding in the Presbyterian Synod of North Carolina, which established the school for females:

Largely due to the donations of William Peace, the institution became a reality. Peace was a staunch Presbyterian supporter as well as Raleigh’s town commissioner during the construction of the Governor’s Mansion in 1816. With a donation of $10,000 and eight acres of land, Peace allowed for the creation of the institute that later bore his name, Peace College.

The outbreak of the Civil War halted construction plans at Peace College. The Main Building at Peace was used as a Confederate hospital, while the Freedmen’s Bureau operated out of the building after the war. The Presbyterian Church renovated the Main Building in the early 1870s, and Peace Institute opened to incoming female students in 1872.

Peace Institute pioneered higher education for females, especially in offering a variety of programs to its students. The first school of art and painting in the South was established at Peace in 1875. In the 1880s, the institution offered the area’s first cooking school as well as the first kindergarten in North Carolina. At the end of the nineteenth century, Peace Institution had programs for women to earn their whole education at Peace, from kindergarten to college-level courses.

In the 1990s, Peace College became a four-year institution, and in 1997 the college doled out bachelor degrees; although it maintains a connection to the Presbyterian Church, it is “independent and open to students of all denominations.”

In 2011, it was renamed William Peace University and transitioned to a coed institution, with male students first enrolling in 2012, NCPedia reports.