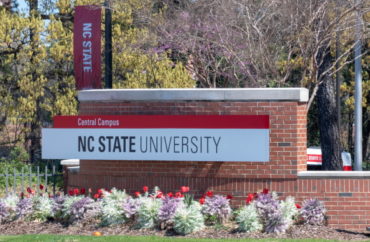 In an effort to “unite against intolerance,” North Carolina State University’s leaders have edited the alma mater to remove the word “Dixie” and replace it with “Southern.”

The Board of Trustees voted unanimously to approve the change, according to a statement from Chancellor Randy Woodson.

“A growing number of students, faculty, staff and alumni have expressed concerns about the word ‘Dixie’ in our Alma Mater and see it as contrary to NC State’s vision, values and goals,” Woodson stated in explaining the decision.

A task force looking into the complaints suggested replacing “Dixie” with a geographical reference, and trustees agreed, he stated.

“Traditions remain an important part of NC State. Those traditions must reflect who we are today and what we hope to achieve,” Woodson stated. “As an institution of higher learning … we have a responsibility to continually educate ourselves and those who pass through our doors to unite against intolerance, model inclusivity, and advance the dignity and power of diversity.”

“Making this change is simply the right thing to do.”

This change marks the second time in two years North Carolina State University has canceled part of its history.

In 2020, the Board of Trustees approved removing the name “Daniels” from a campus building.

It was named for Josephus Daniels in 1938 due to his support for the university’s engineering program “and particularly electrical engineering, which was housed in Daniels Hall for many years,” Woodson stated at the time.

But Daniels “had strong ties to white supremacy and played a leading role in the 1898 Wilmington coup, also known as the Wilmington massacre. The building’s name had served as a constant reminder of a shameful part of our state’s history,” Woodson added.

NCSU is not the only university to face alma mater controversies.

Last year, the University of Texas at Austin created a second marching band, separate from the school’s original Longhorn Marching Band, to provide an alternative platform for students who want to participate in marching band but who do not want to play the school’s controversial alma mater “The Eyes of Texas.”

In 2017, Harvard University deleted a reference to “Puritans” in its alma mater.