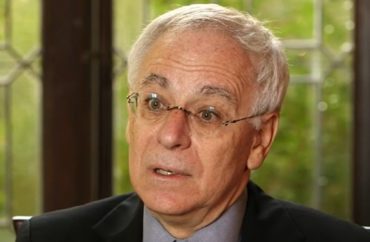 Yale professors recently weighed in on the Second Amendment in light of a recent Supreme Court ruling that struck down New York’s law that limited concealed carry permits.

“With the rise of the NRA and its accompanying polarization with its association with questions of race, the ‘right to own guns’ is the right really to suppress inner city Blacks,” Professor Robert Post told the Yale Daily News. He is the former dean of the law school.

“It became associated with the right of individual self defense, and this was a new development in the ideology of gun ownership that occurred in the Reagan era and became dominant on the right in the 1990s,” Post (pictured) told the campus newspaper.

Another Yale professor told the newspaper that gun ownership threatened his own rights.

“The harms from guns and gun violence extend well beyond those who choose to own or use guns,” Professor Howard Forman told the Daily News. “My freedom to enjoy life, health, and wellbeing is directly impacted by someone else’s unfettered access to various guns and weapons of war,” the public health professor stated.

Forman’s not the only one in the public health school who shared a critical view of guns.

The university’s School of Public Health released a statement in May after the shootings in Buffalo and in Uvalde, Texas.

There is a rippling effect that gun violence wreaks upon our communities and psyches. Toting military-style assault weapons and gear, individuals with extreme hatred, feelings of alienation, and/or mental disturbance are murdering our children and targeting people based on their race, ethnicity, sexual orientation, and religious affiliation. Assault weapons designed for military use are a frequent tool for mass murder.

The statement called for “red flag laws” which allow for the removal of legal guns from people accused of being mentally unwell and the “modification of extreme ‘stand-your-ground’ laws.”