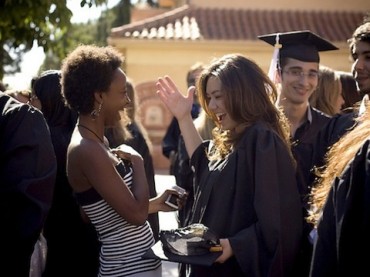 A recent headline in The Chronicle of Higher Education reads: “Conservative Think Tank Puts Pressure on North Carolina’s Colleges.” Its subhead notes: “The influence of the John William Pope Center for Higher Education appears to be growing in the Republican-led state.”

Translation: Republican lawmakers, conservative intellectuals, watchdog organizations and donors can team up and actually do something about the wrong-headed direction of higher education today.

It takes a village, after all.

The Chronicle article spends time bemoaning the Raleigh-based Pope Center’s clout with some lawmakers in North Carolina’s Republican-controlled legislature. It also charges the center with wanting to control what’s taught in North Carolina’s universities. Plus it quotes a former UNC Chapel Hill chancellor who argued the “center has damaged the perception of the university system through its influence with policy makers who have a limited appreciation for higher education.”

But in reality, what the center has done is constantly highlight the system’s absurd academic, fiscal and past governing decisions. The center’s scholars didn’t need to damage the perception of the university system, just simply point out the damage already being done.

And their arguments have been sufficient enough to prompt intervention from the university system’s Board of Governors, members appointed by the legislature. The Chronicle notes:

Last year the board approved a policy that caps at 15 percent the portion of tuition revenue that each campus can use for financial aid, saying the aid money was driving tuition increases and provided too much benefit for nonresident students. The policy change was supported by the Pope Center.

… The board has also voted to close a small group of academic centers that focus on politically progressive issues, most notably the University of North Carolina’s Center for Poverty, Work, and Opportunity. Its director has been an outspoken critic of the state’s Republican leaders. …

One of the most-read articles written by The College Fix last year featured the director of the UNC Center for Poverty, Work, and Opportunity. It was headlined: “Law Prof Who Specializes in Poverty Makes $205,400 – Teaching One Class Per Semester.”

The professor got a stipend on top of his salary for leading the center. The article went on to note:

A controversial, outspoken law professor who frequently bashes Republicans and specializes in poverty issues as a self-proclaimed champion of the poor earns $205,400 per year – for teaching one class per semester. … UNC law professor’s holdings include $1.5M in real estate, and meanwhile he chastises Republicans for their “unforgivable war on poor people.”

The Pope Center, which brought to light this issue in the first place in 2013, had every right to make the valid criticisms over the poverty center and its leader.

But all the centers shut down served more as “advocacy agencies with political agendas rather than centers of objective scholarship,” a Pope scholar noted. That the Board of Governors more recently decided to act just illustrates good governance.

As for the claim that the Pope Center wants to control what’s taught, the reality of the situation is its scholars simply call for North Carolina students to receive a well-rounded education grounded in subjects required for a successful and productive life.

Consider what the center uncovered about UNC academic requirements:

Perhaps nowhere is that degradation of the general education curriculum more evident than at the flagship public university in North Carolina – the University of North Carolina, Chapel Hill – where students can cherry pick their general education classes from a list of 4,700 courses that run the gamut from “Love, Sex and Marriage in the Soviet Culture” to “The Gardens, Shrines and Temples of Japan.”

It’s a university at which the course “World Society: Sports and Competition” fulfills the same general education requirement as the class called “Comparative Economic Systems.”

It’s a university that requires only one history course, a mandate that can be met by taking such esoteric classes such as “Courts and Courtly Culture in 16th and 17th Century Spain” and “Shalom Y’all: The Jewish Experience in the American South.”

It’s a university that offers an unstructured, unwieldy general education program that includes narrowly focused, biased or inconsequential courses, such as: Recreation and Leisure in Society; Russian Fairy Tale; Ideology and Aesthetics: Marxism and Literature; Geisha in History, Fiction and Fantasy; Sex and Gender in Society; The Feast in Film, Fiction and Philosophy; and Swords, Tea Bowls and Woodblock Prints: Exploring Japanese Material Culture.

Last year, center scholars also argued in defense of college students’ religious liberty. Thankfully, their arguments found positive reception, and a new law in the state allows religious and political student groups to mandate that their leaders are students committed to the groups’ mission or faith.

The ultimate beneficiary of the Pope Center’s efforts are the students and taxpayers in the state of North Carolina. The center is a thorn in the side of the leftist-controlled public universities across the state, and thank goodness those institutions have a strong watchdog calling them on their biases and folly.