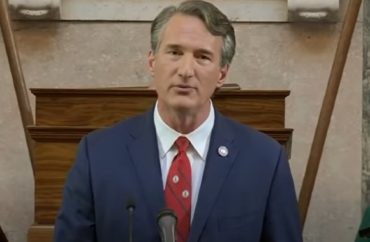 The Virginia governor has used his authority to effect change

Republican Governor Glenn Youngkin continues to exercise his authority to pursue conservative policies, this time by appointing a critic of “wokeness” to the University of Virginia board.

Youngkin appointed four new trustees to the Board of Visitors for UVA, including Bert Ellis, president of the Jefferson Council. The alumni organization wants to preserve “Thomas Jefferson’s legacy” at the public university.

“For Youngkin, the appointments are a chance to exert influence over the university,” The Daily Progress noted. “In May, he called on college presidents in Virginia to make political diversity a priority in hiring. He’s also been critical of the state of free speech at universities.”

Ellis wrote a celebratory blog post in December 2021 that urged the new governor to remake the board of trustees.

Governor Youngkin can and will appoint new Board members that reverse this and make the University a place permitting open dialogue on all matters and where education and merit are the managing principles of the University. This is our only opportunity to change/reverse the path to Wokeness that has overtaken our entire University.

He added further criticism of UVA:

The University is also overrun with courses that exist for no other purpose but to make a big deal about race and gender and other issues that can only create more oppressed parties trying to tear down anything and everything and everyone that helped create our University.

Youngkin’s administration has frequently exercised political power over higher education. He recently signed legislation to take money from illegal immigrant students and give it to historically black colleges.

As I previously wrote, we need more Republican politicians that take Youngkin’s approach and actually use their power to advance conservative principles and policies.