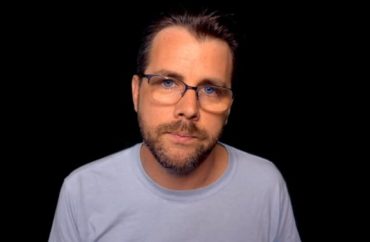 A YouTube personality and vocal critic of Evergreen State College had dozens of videos on his popular channel partially demonetized Tuesday, prompting the pundit to file appeals with the tech giant.

Benjamin Boyce, who peppers his intellectual video commentaries on Evergreen State College and other topics with humor, sarcasm, and snippets of his cats, took to Twitter on Tuesday to alert fans of the development: “Sudden mass demonetization of my @YouTube channel. Yay.”

He updated followers on Wednesday by noting that “about 40 vids from the last 6 months were suddenly switched from full to limited monetization at the same time yesterday. My channel has been ‘escalated’ to @YouTube’s ‘Internal team’ for review. We’ll see what’s what in a couple days. Thanks everyone for the support!!!”

Late Wednesday, Boyce told The College Fix that YouTube is “now manually going through my appeals and deciding which are suitable and which are not. So far, it’s about 50/50.”

Boyce said he does not know if it was his Evergreen videos that prompted some sort of complaint to spark the sudden mass demonetization or something else.

Another controversial topic he has covered includes transgender detransitions and similar issues surrounding sexuality and gender.

Boyce, a self-described “centrist,” also takes on topics such as cultural Marxism and censorship, interviews guests on a variety of subjects, and offers viewers his own brand of irreverent comedy. His channel has 27,000 subscribers.

Boyce has also been one of the leading and consistent critics of Evergreen State College, the Olympia, Washington-based public institution that was thrust into the national spotlight in the spring of 2017 for hosting a no-whites “Day of Absence” on campus.

Following that controversial observance, a rowdy gang of progressive students confronted a white biology professor who had refused to participate, a rumpus that was filmed, went viral, and helped propel the college into a downward spiral of decreasing enrollment and revenue.

With that, the controversy and mismanagement at Evergreen State College has continued, and covering it all on his YouTube channel is Boyce, a 2017 graduate of the school. Since June 2017, he has posted nearly 100 “#ExposéEvergreen” videos that have amassed more than 2,750,000 views so far.

Asked to weigh in on what happened to Boyce’s page, a spokesperson for YouTube told The College Fix via email on Wednesday that “we have clear policies that govern what videos may show ads, and videos that feature sensitive topics or events are not suitable for advertising. If we find a video that violates our policies, we remove ads. We always encourage creators to appeal if they feel that ads were wrongly removed from a video.”

Boyce said his experience feels somewhat similar to what Steven Crowder went through recently with the “VoxAdpocalypse” situation, in which the conservative comedian was demonetized on YouTube.

To all the independent YouTube creators hit by the #VoxAdpocalypse —

I don't care about your politics or anything else… We're in this together.

I will fight for your free speech.

“I am basically a centrist, I do a lot of criticism of the hard left because of my focus on The Evergreen State College and seeing the disaster of what happens when far left ideology is institutionalized,” he told The Fix. “If you look at my content and compare it to Crowder’s, my humor is not potty humor … I usually deal with my topics in a sensitive way.”

Boyce said he doesn’t make a ton of money on his YouTube videos, but it’s a decent chunk of change each month and it incentivizes him to make more videos. But what YouTube is telling him through this action is that it doesn’t want to support both sides of the debate, he said.

“It sends a signal to me that dealing with sensitive issues — even in a sensitive way — is still frowned upon,” he said.