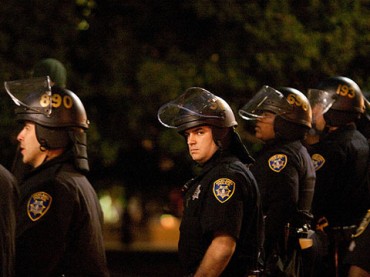 But if successful, their plans would make policing worse overall.

Many police officers join the force with only a high school diploma and then earn a degree on the job for promotions. Campus education programs generally help police officers gain degrees in criminal justice, law or business administration.

A 2017 study found only 30 percent of police officers have a four-year college degree, and about 50 percent have a two-year degree. The extra education and training provided by these campus degree programs is what’s needed to help improve policing in the United States.

It’s part of a broader effort to sever all ties between universities and the police, including ending university police departments and urging mathematicians not to work with law enforcement.

But police need more education, not less. That idea should not be controversial.

A June 2020 policy statement by the International Association of Chiefs of Police suggested “increased educational standards” as part of its framework for reforming the police.

Ray Kelly, the former police commissioner of New York City, recently said that every police
officer should have a college degree, reports The Wall Street Journal.

A 2010 paper found “higher education carries no influence over the probability of an arrest or search occurring in a police— suspect encounter. College education does, however, significantly reduce the likelihood of force occurring.”

A recent article in The Conversation, written by two criminal justice professors, explained several benefits of increased education, including a decreased use of force, problem-oriented policing, and better relations with the community.

They specifically endorse programs that give tuition discounts to police officers and conclude: “Educated law enforcement professionals will be better equipped to lead much-needed reform efforts.”

Educating police officers could be a good step toward improving community relations, reducing police brutality, and restoring respect to the field of law enforcement.

Student activists should think twice before trying to kick police officers out of campus — it would do more harm than good.