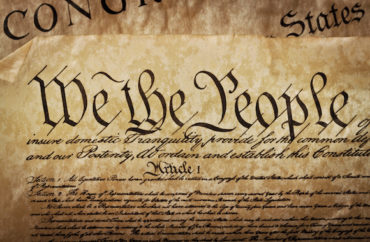 Our children deserve better than this

A recent poll found that significant numbers of Americans, including a great many who had received a college degree or were in the process of obtaining one, simply don’t know much about American history. That poll revealed, variously, that about 85 percent of Americans weren’t aware that James Madison was the architect of the United States Constitution; that barely 10 percent of Americans know the 13th Amendment abolished slavery in the United States; that not even half of Americans can name the current Supreme Court justice; and that barely a third know that it is Congress’s prerogative to declare war.

Doubtlessly this short survey barely scratches the surface. These are easy questions, the sort of thing you learn about in the first week of any basic American civics course. It is hard to imagine most Americans knowing anything at all substantive about our country’s history, people, institutions and traditions. If you think, as the respondents did, that the Emancipation Proclamation “freed all the slaves in the United States,” you’re getting a garbage education about the history of America.

The challenge is identifying the level of education at which this deficiency is occurring. Is it elementary school? Middle? High? One rather suspects it is all three, and that higher education bears a good bit of the blame as well. We should be teaching our students the basics of their country at every level of education. It need not be ideological or jingoistic; Americans are more than capable of making up their own minds on how they feel about our complex and difficult and inspiring historical record. But to short-change a generation of young people, graduating them with a bankrupt and garbage knowledge set about their own country, is not at all an appropriate solution.

In some cases the lack of knowledge is almost comical: Nearly a fifth of Americans think that Alexandria Ocasio-Cortez was the architect of the New Deal. That government initiative took place about half a century before the young congresswoman was born. We can do better than this. Our students don’t have to be historical savants, but they should at least be able to say confidently that a woman born after the Cold War wasn’t making government policy prior to the start of World War II. This isn’t difficult.

MORE: U.S. history no longer a requirement for history majors at GW University