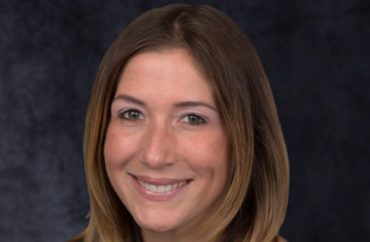 A New York state appeals court ordered a university to provide evidence that may exonerate a student expelled for sexual misconduct, based on a Title IX official’s possibly biased conduct in the proceeding.

Chantelle Cleary, former Title IX coordinator at the State University of New York-Albany, “admittedly altered the facts as reported to her” by the unnamed accuser when Cleary submitted her referral report to the Student Conduct Board three years ago.

Even though he refused to order discovery in the case, the trial judge said Cleary’s explanation for her actions “bordered on the incoherent,” according to the Nov. 25 ruling by the Third Judicial Department of the Supreme Court’s Appellate Division.

Cleary (above), now a senior Title IX consultant for Grand River Solutions, may have also improperly “acted as a factfinder” when her role was limited to investigation, the appeals court found.

“An impartial investigation performed by bias-free investigators is the substantive foundation of the entire administrative proceeding,” the justices said, reversing the denial of discovery and remanding the case to the trial court.

The ruling was 4-1, with Justice Michael Lynch disagreeing with his colleagues that Cleary’s behavior suggested bias and downplaying her role in the guilty finding against “Alexander M.,” as the expelled student is known. Three of the four justices in the majority, including the author, Molly Reynolds Fitzgerald, are women.

The ruling drew attention in the local media because Cleary was a prosecutor in the “special victims unit” in Albany County from 2010 to 2014, before she joined UAlbany. She “successfully handled cases involving sex trafficking, animal cruelty and rape,” the Times Union reported Monday.

Alexander’s attorneys Andrew Miltenberg and Philip Byler told the newspaper they plan to depose Cleary. The ruling reaffirms that “an impartial investigation and hearing is critical in Title IX matters.” Another attorney for accused students, Marybeth Sydor, called the ruling “[r]emarkable.”

The opinion “has lots of good language on danger of bias in TIX proceedings,” tweeted Brooklyn College Prof. KC Johnson, who chronicles Title IX litigation: The justices were “biting” in criticizing Cleary’s conduct.

He noted that Cleary’s consulting firm told the Times Union she wouldn’t comment on the ruling.

“The company’s website invites schools to ‘discover how our recognized experts in compliance and equity laws implement practical solutions,’ Johnson wrote. “Presumably that wouldn’t be referring to the kind of conduct outlined in the recent court opinion.”

The company's website invites schools to "discover how our recognized experts in compliance and equity laws implement practical solutions." Presumably that wouldn't be referring to the kind of conduct outlined in the recent court opinion.https://t.co/cyn5v6k0Ft

The disputed sexual encounter on a Friday night in September 2017 happened between Alexander and a female student, identified in the ruling as “the reporting individual.”

She made her accusations only after getting in a fight with Alexander’s girlfriend at a dorm party the next evening, which apparently got her shoved out of the room. The reporting individual also “threw a cup of water on” him and his girlfriend when she found them in bed together Sunday morning.

The accuser’s initial reaction to their tryst Friday night was not remembering the encounter but being fine with it. She texted him Saturday: “Last night was amazing, we should do that again” and “Sorry to freak you out this morning, I just don’t remember anything that happened.” She also suggested they “link up” again.

She claimed Alexander sexually assaulted her after friends told her about a rumor that she “had sex in the bathroom” at a fraternity house that Friday. Alexander consistently maintained she “actively participated” in the sex and gave “verbal consent.”

Despite not remembering the encounter, the reporting individual apparently gave an account that may not have alleged a sexual assault as defined under UAlbany policy.

The university gave Alexander a “notice of investigation” that said he was accused of engaging in “oral sexual conduct” with the accuser “without her affirmative consent.” (He was also accused of giving her Xanax, but it’s not clear whether this factored into her missing memory.)

Cleary changed the wording of the accusation, however, in her report to the board. It now read that Alexander “put his penis” in her mouth, making him the initiator. The narrative given by Alexander, “the only existent first person account,” was that “he was a passive participant, lying supine while the reporting individual actively undertook the sexual act,” the ruling said.

“Cleary’s phrasing portrays a significantly different rendering of the event,” according to the four justices: “It is not unreasonable to question whether Cleary changed the wording (and as such the alleged facts) to correspond with the definition of sexual assault I as found in the student code.”

‘The purpose of discovery is to discover‘

The paucity of evidence – including an accuser with no reported memory of the encounter – meant the board was unusually reliant on Cleary’s characterization of statements from witnesses who had observed the accuser earlier Friday, before the sexual encounter, the ruling said.

“Notably, these are not sworn affidavits of the witnesses, but rather statements collected and compiled by the Title IX investigators,” it continued. Cleary “freely admitted” her team excluded “irrelevant” information when preparing the referral report. The four justices said this “begs the question – Who determined what was ‘relevant’?”

They rebutted claims by Justice Lynch, the dissenter, that Cleary didn’t meaningfully change the accusation when she wrote the referral report: “The dissent’s characterization of this change as a mere ‘rephrasing’ of petitioner’s account is an exercise in understatement.”

The majority also took Lynch to task for playing down Cleary’s role in the investigation. He had noted she was one of four investigators and only did a third of the interviews, but the other justices noted she directed the Title IX office, had a “supervisory role and attendant influence on the work product,” and “personally submitted” the report.

An affidavit from Alexander’s advisor said Cleary overstepped her boundaries as an investigator: She decreed the accused student had committed “two additional offenses” when he said the accuser had “twice kissed him.” Cleary thus judged that the accuser “lacked the capacity to consent” – a dispute “at the heart of the charges,” the majority said.

They continued squabbling about whether Alexander had met the threshold for legal discovery.

While the trial judge claimed the student “failed to identify the specific evidence” that discovery would reveal, the majority of the appeals court called that threshold “an impossible standard, as the purpose of discovery is to discover.” They said Cleary and the university didn’t argue the request was “overbroad or would cause undue delay.”

Justice Lynch said Alexander’s discovery request implied that “Cleary redacted potentially exculpatory information from the witness statements,” ignoring the fact that none of them observed the disputed encounter. Rather, most of them “consistently corroborated the reporting individual’s contention that she was intoxicated prior to the encounter.”