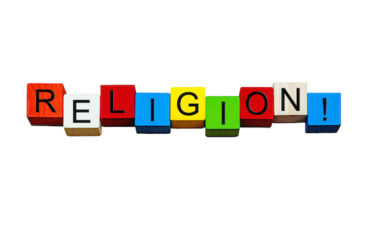 A survey of religious universities and colleges across the country indicates a divide in various denominations’ campus climates: Protestant schools are often religiously homogenous, with little to no non-Christian religious groups on campus, while Catholic schools often have ample numbers of both non-Catholic and non-Christian groups.

Of the Catholic universities surveyed by The College Fix, all had a diverse variety of religious groups. DePaul University has a Buddhist & Meditation Club, a Chabad Jewish student group, and a group called United Muslims Moving Ahead. Georgetown offers students a Hindu Students Association, a Jewish Student Association and a Muslim Student Association. Loyola University, meanwhile, offers both Hindu and Muslim groups as well.

Georgetown and DePaul both offer their Muslim students specially designated prayer rooms, as well. Abdul-Malik Ryan, the Muslim chaplain at DePaul University, recently posted a picture on his Twitter account of a room at DePaul University featuring a large number of Muslim prayer rugs. “You will never guess what can be found on the campus of the largest Catholic University in the United States,” Ryan wrote in the tweet.

You will never guess what can be found on the campus of the largest Catholic University in the United States… #PrayerRugs … as a certain someone would say "it's unreal" 🙂 #DePaul #ChicagoUMMA pic.twitter.com/q05UjqMk67

Officials at these Catholic universities were largely unwilling to discuss their campuses’ approaches to religious pluralism. The College Fix reached out to Courtney James and Teneshia Arnold, director and assistant director, respectively, of student involvement at DePaul University; Todd Olson, the vice president for student affairs at Georgetown; and Adanna Johnson, the director of diversity, equity, and student success, also at Georgetown. None replied to repeated requests for comment on the multitude of religious student groups at each school.

Reached for comment via email, Kaylee Hartman, a coordinator of registered student organizations at Loyola University Chicago, directed The Fix to Evangeline Politis, a spokeswoman for the school. Politis did not answer specifically why such a diverse campus life exists at Loyola, but she did share part of Loyola’s mission statement with The Fix.

“Secure in our Jesuit Catholic identity, we understand Loyola University Chicago as a home for all faiths. Concretely this support is evident in the presence of Hillel at Loyola, the student Mosque and the Puja prayer room. We encourage each person to celebrate their personal faith and to respect and learn from other people of faith within our Loyola community,” the excerpt read.

In contrast to the Catholic universities, several Protestant schools reviewed by The Fix have much less diverse campus environments and much stronger Christian cultures.

Baylor University, Liberty University, and Bob Jones University all appear to offer only Christian student groups to their students. Baylor and Liberty are both associated with the Baptist denomination; Bob Jones is non-denominational Evangelical.

Baylor offers a variety of Christian groups to students on campus, such as Catholic Connect, Episcopal Lutheran Fellowship and Baptist Student Ministries. But there appear to be no active non-Christian groups there.

According to Baylor University’s website, the school at one point offered a “Center for Jewish Studies” on campus, but there is no mention of that group on the website after the last article on the topic written in 2010.

At one time the school also hosted an “Islamic Studies Project,” an unregistered Muslim organization. The last time that group was mentioned on the school’s website appears to be 2007.

Baylor’s relatively homogenous student environment is reflected in its Student Organization Policy and Procedure Guide, which states that the school is “controlled by an all-Baptist board of regents and is operated within the Christian-oriented aims and ideals of Baptists.” That guide affirms that the only official religious student organization on campus is the Baptist Student Ministries.

“Baylor may not charter or grant official recognition to other denominational or non-denominational groups, but instead will, as appropriate, treat these groups in a cooperative and friendly fashion as they strive to minister to those members of the Baylor student body who are either members of other denominations or who seek Christian fellowship in a general way.”

When listing ways that the school can remain “cooperative” with unofficial student groups—such as permitting them to host events on campus, and providing them with a university mailbox—the guide refers only to “Non-Chartered Christian Organizations” rather than religious groups generally.

Officials from Baylor did not respond to The Fix’s repeated requests for comment on the school’s campus life and environment.

Liberty University’s student club policy does not explicitly outlaw non-Christian groups, though it does say that the school’s Student Government Association may reject a club’s application if it is “deemed to undermine The Liberty Way.”

“The Liberty Way” is the school’s honor code. The code is linked from the university’s student affairs website, but it is inaccessible to non-community members.

Jacob Page, president of the Student Government Association at Liberty University, declined to give comment on the school’s campus life. He did state that the school caters to an impressive number of student groups on campus. “We are definitely proud of the fact that we represent more than 180 clubs on campus in all different areas of study,” Page said.

“Prospective students give their testimony of salvation in the application process. Once admitted, they affirm a statement of faith in Jesus Christ. This naturally results in a student body that is Protestant. Our diverse student body comes from a variety of denominations within that spectrum,” she said.

“We do not have student organizations specifically centered around one religion or denomination. Faculty, staff, and students agree to abide by the BJU Creed which outlines central tenets of the faith. Students attend chapel Monday-Thursday, take Bible classes, attend local churches, and perform a variety of local and national ministry outreach projects…We partner with many local charities and faith-based organizations to help members of our community.”

Catholic universities such as DePaul have a more religiously diverse student body, though that plurality apparently sometimes comes at the expense of the school’s religious roots.

An article last year in the DePaul school newspaper The DePaulia explored how, at that uiversty, “the number of Catholic students is declining.”

In that article, the school’s Catholic Campus Ministry director noted that the university “has more of a progressive, liberal Catholicism,” one that is “welcoming [of] LGBTQ+ youth,” according to signs at the campus ministry’s location.

The paper reported that a professor in the school’s Department of Catholic Studies dismissed concerns of a declining Catholic student population. “Being a Catholic University doesn’t mean being a Catholic silo,” the professor said.

Some commenters on the article’s homepage disagree. “Respectfully, I would earnestly urge all wavering Catholics to renounce the misguided notion that ‘for the Catholic Church to stay relevant, it will need to redefine some of its values.’ On the contrary: abandoning the secure deposit of faith (abandoning the infallibly taught values of previous magisterial authority, thereby invalidating the present magisterial authority) is the only way to make the Catholic faith irrelevant,” wrote one.

Another user wrote: “DePaul University has not been Catholic for a very long time, and there is plenty to suggest that it is anti-Catholic. It is a fraud upon the Catholic people of Chicago, especially hardworking parents who send their children there, a blot now both on the reputation of the Vincentians and on that of the archbishops who did not condemn it.”

MORE: Did Harvard sanction this Christian student group just to teach it a lesson?