Middlebury College has been on the radar of academic freedom and viewpoint diversity groups since students – supported by faculty – rioted to prevent a planned speech by the libertarian social scientist Charles Murray two years ago.

They are now alarmed by deeply illiberal demands from the student government, which has threatened to resign en masse if it doesn’t get its way.

The Foundation for Individual Rights in Education warned that “McCarthyism is making a real comeback in New England” in part because of the Middlebury Student Government Association’s demands.

In a blog post Friday, Executive Director Robert Shibley gave a point-by-point rebuke of the demands, saying they advocate “illiberal restrictions on expression, compromise academic freedom” and attempt to “intimidate those who might dare to dissent from the campus orthodoxy.”

The demand that students vet all invited speakers for their alignment with Middlebury’s community standards doesn’t even make sense, according to Shibley: Those standards only apply to students. They also require students to show “open-mindedness,” which contradicts the student leaders’ attempt to use the standards to block speakers based on their viewpoint.

Shibley mocks the “absurd and impractical” complaint by the SGA that it shouldn’t have to research speakers to learn whether it will be offended by them:

If members of the student body wish to protest a speaker, it can only be described as silly to expect the people hosting the speaker to do the job of determining what those protesting their decision should be angry about. 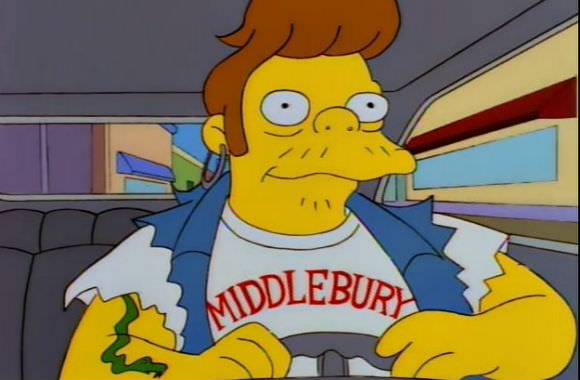 The demand that faculty submit their invited speakers to the student body a month in advance seems intended to make them avoid inviting anyone that might offend students, given the violent attack on a professor during the Murray event, Shibley says.

One of the dumber demands is that students “receive credit” – academic credit? – when they work on college initiatives with faculty. It would be an infringement on academic freedom, requiring faculty to assign credit regardless of whether the work is academic or meets minimum academic standards, according to Shibley.

The demand for a public blacklist of faculty who don’t complete “recurrent” bias training is really what set off Shibley’s McCarthyism sensors. It is an “obvious tool for intimidation, shaming, and social media mobbing,” to be used against even those who have already taken bias training and simply don’t want to waste their time in redundant indoctrination sessions. (As Shibley notes, it’s not even clear that bias training reduces bias.)

Citing our reporting, Shibley asks how the SGA thinks faculty should respond when students demand to be called “His Majesty” or other self-mocking gender pronouns. Under the student government’s demand, faculty who refuse to honor such trolling would be punished.

The SGA is not just a random collection of students who cannot be punished for making stupid or illegal demands, Shibley notes:

They may not use the power delegated to them by the college to engage in unlawful discrimination or other activities, and have at the very least a moral responsibility not to demand changes that would undermine the very nature and purpose of a liberal education.