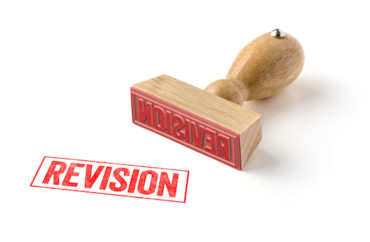 Various students and faculty in the California State University system are cheesed that a pair of executive orders affecting curriculum will have a negative impact on ethnic studies enrollment.

According to the Press-Telegram, CSU Chancellor Timothy White’s Executive Orders 1100 and 1110 deal with making it easier for students within the Cal State system to transfer, and how freshmen are placed in courses based on various assessments respectively. Protesters claim the orders will “phase out” existing cultural studies requirements and are concerned about “education equity, behavioral patterns of enrollment and white supremacy.”

CSU Northridge professor of Chicano/a studies Stevie Ruiz said “Twice, our faculty has voted against both (executive orders). I did all the number crunching proving this will destroy our departments by the year 2021.”

CSUN Chair and Professor of the Department of Gender and Women’s Studies Breny Mendoza added she “fears” the EOs will somehow prevent students from “accessing courses on culture and oral history through gender and ethnic studies.”

CSU officials say the EOs do no such thing. Spokesman Michael Uhlenkamp said “Courses offered at the campus are determined by student demand.”

“Being a minority Asian myself, it saddens me to know that ethnic studies is continuing to be shoved away since it allows others to learn about the history and culture about people of color throughout U.S. history,” Chinese Studies major Cindy Kim told the Daily 49er.

Another student, Joy Suh, a senior majoring in communication studies, brought up her concerns as an individual who immigrated to the U.S.

“I came to the U.S. before I started high school and it was hard for me,” Suh said. “Knowing that other classes can be taken other than Ethnic Studies makes me sad. I know how hard it was for my friends’ parents coming to America, so now there might be less exposure to the importance behind Ethnic Studies.”

Both Kim and Suh said it can hinder the importance of learning about the struggles that people of color in America have gone through.

“It is the truth we must come to terms with,” Kim said.

[Senior David] Son emphasized the importance of ethnic studies “because it exposes us to the culture of the people of color here in the U.S. After all, this country originally belonged to people of color. In my opinion, adding extra classes will only push people away from Ethnic Studies, which is already at a low enrollment rate.”