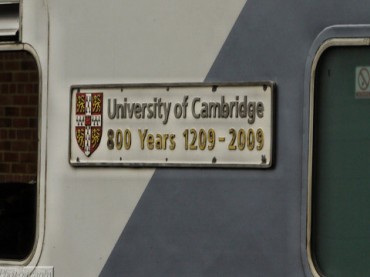 In an article prompted by the recent conviction of children’s entertainer Rolf Harris, the Telegraph’s (UK) Andrew Gilligan reports on an interesting gathering from last July at the University of Cambridge:

“Paedophilic interest is natural and normal for human males,” said the presentation. “At least a sizeable minority of normal males would like to have sex with children … Normal males are aroused by children.”

Some yellowing tract from the Seventies or early Eighties, era of abusive celebrities and the infamous PIE, the Paedophile Information Exchange? No. Anonymous commenters on some underground website? No again.

The statement that paedophilia is “natural and normal” was made not three decades ago but last July. It was made not in private but as one of the central claims of an academic presentation delivered, at the invitation of the organisers, to many of the key experts in the field at a conference held by the University of Cambridge.

Other presentations included “Liberating the paedophile: a discursive analysis,” and “Danger and difference: the stakes of hebephilia.”

Hebephilia is the sexual preference for children in early puberty, typically 11 to 14-year-olds.

Gilligan notes that, in addition to Harris, there’s also been an outcry in the UK over last week’s report on entertainer Jimmy Savile, as well as claims of a sex abuse cover-up surrounding a former Margaret Thatcher Cabinet minister. But, he says, less known is “a much more current threat: attempts, right now, in parts of the academic establishment to push the boundaries on the acceptability of child sex.”