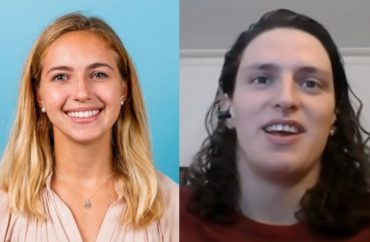 The Ivy League’s nominee for “NCAA Woman of the Year” will be Columbia University fencer Sylvie Binder, the organization announced on Monday.

Thomas competed against men in collegiate swimming competitions before switching to female NCAA meets. The Penn swimmer took drugs to suppress testosterone for one year, clearing the NCAA bar to compete against women.

University of Kentucky swimmer Riley Gaines, who has been outspoken about the way the NCAA has handled the Thomas situation, previously called the nomination a “slap in the face.” NCAA officials allegedly required Gaines to allow Thomas to hold a trophy after one race, even though the pair tied.

“Being the real girl in that photo and also University of Kentucky’s nominee for NCAA WOTY, this is yet another slap in the face to women,” Gaines tweeted. “First a female national title and now nominated for the pinnacle award in collegiate athletics. The @NCAA has made this award worthless,” Gaines wrote.

Thomas also caused waves after dominating in some NCAA swimming competitions, including winning a national championship by defeating an Olympic swimmer.

The controversy led many people to call University of Virginia swimmer Emma Weyant the true winner.