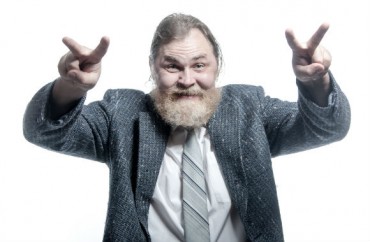 Woe to any conservative student who studies the humanities and social sciences in college.

A new working paper from the University of Arkansas Department of Education Reform finds that conservatives and liberals switch places when it comes to grades in high school and then college.

Liberal students enter college with lower grades and SAT scores than conservatives, but emerge higher by the fourth year of college. The differences are small but statistically significant.

The biggest changes are in the humanities and social sciences, which skew the entire field of study. Conservatives’ grades plunge in those college fields, while their grades remain unchanged in professional fields and get a bump in the hard sciences. The impact is strongest at higher-ranked schools.

The paper gets a full review in The Federalist, which cautions that it’s not peer-reviewed and hasn’t been submitted for publication. The research was done by Pennsylvania State University’s Matthew Woessner of Penn State, the University of Arkansas’ Robert Maranto and University of Georgia’s Amanda Thompson.

The only variable that changes direction from high school to college is “ideological self-placement,” they say, but emphasize that a host of factors may affect the switch, not just professor bias against conservative students.

High school settings tend to value “compliance” (net plus: conservatives) but also agreeableness and similarity, which benefits girls over boys. Conservatives also do worse on the less objective part of the SAT, the verbal section.

Colleges, meanwhile, may simply play to the strengths and preferences of liberals: “independence and the creation of original works,” rather than “family life, community, and loyalty,” which are prized by conservatives. Rich secular liberals have an easier transition than conservative middle-class students, the authors found.

The working paper measures the effects from specific ideological issues as well. Students who oppose same-sex marriage feel more alienated from faculty than supporters of same-sex marriage, who believe faculty value them and “take an interest in their success,” for example.

Abortion opponents, who have the highest average GPA in high school, are particularly vulnerable to grades drops in college, but it heavily depends on where they attend, as The Federalist summarizes:

At medium to low-prestige higher education institutions, pro-life students’ academic achievement actually increased, but at high-prestige schools their advantage was erased. The reverse happened with students who opposed free speech: they saw higher grades in college than their high school performance would have projected.

In a result that won’t surprise College Fix readers, students who oppose free speech saw their grades rise higher in college than “their high school performance would have projected.”

One of the stranger findings in the study is that, despite the potential bias against them by faculty, conservatives still “consistently show higher levels of satisfaction with college courses and experiences.”

As Joy Pullmann of The Federalist puts it:

If we saw these difficulties among liberal students or minorities, we’d no doubt see op-eds in major newspapers and websites about how campus climates are “chilly” and “hostile” to such young people. Don’t expect that to happen when the difficulties apply more to conservative kids.

Read the study and Federalist summary.