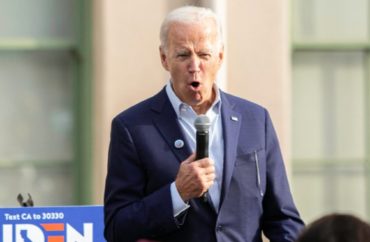 The U.S. Department of Education announced on Wednesday that it would be including sexual orientation and gender identity in the protections provided by Title IX, the federal law that prohibits discrimination in education on the basis of sex.

The Education Department’s decision overturns the policy of former President Donald Trump’s department, which did not include such protections in its definition of sex discrimination.

“The Supreme Court has upheld the right for LGBTQ+ people to live and work without fear of harassment, exclusion, and discrimination – and our LGBTQ+ students have the same rights and deserve the same protections,” said Education Secretary Miguel Cardona in a statement accompanying the decision. “I’m proud to have directed the Office for Civil Rights to enforce Title IX to protect all students from all forms of sex discrimination,” he said.

The decision to include sexual orientation and transgender protections under the umbrella of Title IX should not come as a surprise. In March, President Joe Biden issued an executive order “Guaranteeing an Educational Environment Free from Discrimination on the Basis of Sex, Including Sexual Orientation or Gender Identity.” In this order, he directed the Education Secretary to:

“account for intersecting forms of prohibited discrimination that can affect the availability of resources and support for students who have experienced sex discrimination, including discrimination on the basis of race, disability, and national origin; to account for the significant rates at which students who identify as lesbian, gay, bisexual, transgender, and queer (LGBTQ+) are subject to sexual harassment, which encompasses sexual violence; to ensure that educational institutions are providing appropriate support for students who have experienced sex discrimination; and to ensure that their school procedures are fair and equitable for all.”

The Bostock Supreme Court decision relied upon by the Education Department effectively said discrimination based on sexual orientation or gender identity fell under the rubric of “sex discrimination” because individuals of one sex were being discriminated against for behavior that wouldn’t be punished if were done by another sex.

“An employer who fires an individual for being homosexual or transgender fires that person for traits or actions it would not have questioned in members of a different sex,” wrote Justice Neil Gorsuch in the decision, employing a strict textual interpretation.

“The Department of Education strives to provide schools with the support they need to create learning environments that enable all students to succeed, regardless of their gender identity or sexual orientation,” said Acting Assistant Secretary for Civil Rights Suzanne Goldberg.

“Equity in education means all students have access to schools that allow them to learn and thrive in all aspects of their educational experience,” said Goldberg. “As part of our mission to protect all students’ civil rights, it is essential that OCR acts to eliminate discrimination that targets LGBTQ+ students.”

However, critics note that Title IX has often been used on campus to punish male students with little to no due process, allowing schools to set up “kangaroo courts” to prosecute cases related to sexual misconduct. Expanding the definition of the law, they say, could open up a whole new avenue for students to find themselves before campus tribunals with little opportunity to defend themselves.

In fact, Goldberg herself has been accused of being inconsistent when it comes to Title IX enforcement. Just last week, Yale cardiology and medical Professor Raymond Givens said that Goldberg did not properly investigate complaints of sexual assault while serving as the university’s executive vice president for University Life.

In a complaint filed with the New York Attorney General in April, Givens said he had spoken to several student sexual assault survivors “who all tell a consistent story of the university obstructing their attempts to obtain justice.”

“Striking grad student workers are asking for the university to allow a neutral and independent party to handle grievances related to sex assault and gender-based harassment, which the university is resisting,” he said.