Helen Alvaré is a George Mason University law professor who specializes in family, religion and property. She’s scheduled to speak to the Federalist Society chapter at the Duke University School of Law on a virtual panel discussion Monday about putting children first in family law, the subject of her 2017 book.

Her ideas are so dangerous than a quarter of all Duke law students signed an open letter in The Chronicle demanding Dean Kerry Abrams “remove” Alvaré from the event, which includes Duke Law Profs. Kathryn Bradley and Doriane Coleman, or “cancel the event entirely.”

Read the reasoning of these 180-plus future lawyers and weep:

The Antonin Scalia Law School professor holds “unapologetic anti-LGBTQ+-rights views,” having argued against both “the legality [and] morality of same-sex marriages.”

The students cited her 2012 friend-of-the-court brief in the gay-marriage case U.S. v. Windsor that argued for the state’s “legitimate” interest in “singling out” opposite-sex marriage for protection. (President Obama did not explicitly support same-same marriage until later that same year.)

The Windsor plaintiffs hold a view of marriage that “ignores children and society,” Alvaré wrote. The Supreme Court ignored her view, invalidating the Defense of Marriage Act.

Obama’s own stance before May 9, 2012 doesn’t appear in their letter, which also denies Alvaré’s dignity by leaving the accent off her surname in every usage.

Many of their criticisms of Alvaré (below) are predictable, but some are surprising. The students fault her for supporting Arizona’s version of the Religious Freedom Restoration Act, whose federal version was a bipartisan response to Supreme Court rulings that let the government penalize Native Americans for their use of narcotics in religious ceremonies. 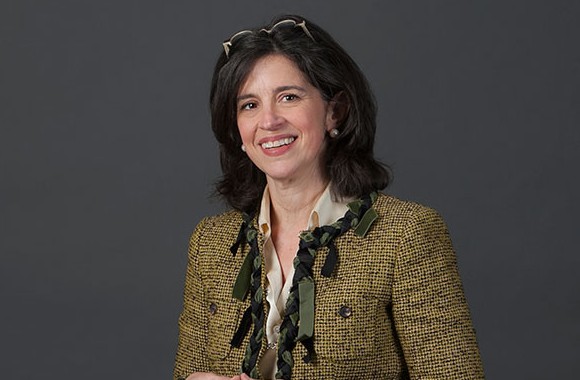 MORE: University crackdowns on speech will get worse in response to Trump

(In a recent Diocese of Phoenix event on “Catholic in the Public Square,” Alvaré said RFRA laws were “declared an enemy of the people” when same-sex marriage became a heated debate, “and almost exclusively on the strength of that issue, the old coalition of left and right fell apart.”)

Letting Alvaré speak on a virtual panel with two Duke law professors “will promote an unwelcoming environment for both current and future students,” the student letter claims, saying she has spoken before groups that support so-called conversion therapy.

While the students could not find anything Alvaré has written on conversion therapy, she has tacitly endorsed the idea that “LBGTQ [sic] people are deviant, perverted, aberrant, disgusting,” and this supposed view is not “in need of academic consideration.” Predictably, the letter uses the language of physical safety to argue for Duke violating its own strong policies on freedom of expression:

How could Duke LGBTQ+ students not feel unwanted and unwelcome on a campus where organizations invite speakers who support those who actively oppose their very existence and administration officials turn a blind eye?

By letting her speak, “Duke is signaling at least a willingness to engage in those discussions and at worst, a tacit endorsement of those opinions,” the letter argues. In fact, her appearance on a computer screen at the invitation of a student group would violate Duke’s values, which were “[o]ne of the most important factors” in the students’ decisions to attend Duke Law.

Because Alvaré has spoken to groups that support conversion therapy, Duke’s reputation would suffer by not banning a student group from letting her talk about an unrelated subject, the future lawyers argue in a rhetorical version of throwing spaghetti against the wall:

Would we ever allow a speaker on campus who believed that an interracial marriage wasn’t as equal as an intraracial marriage because it was supposedly abnormal and damaging? Never. Such a thing is unconscionable in every way. So too should this be. We should treat any discourse on conversion therapy and anti-same-sex childrearing the same as we do to questions of QAnon, anti-interracial child rearing and anti-vaxxing: legally allowed but socially unaccepted. Duke should not disparage its ethical and intellectual reputation by hosting fringe speakers tied to blatantly dangerous theories, whether it be Professor Alvare now or other speakers in the future.

Referring to a willfully mischaracterized quote by President Trump, the students claim “there are not very fine people on both sides” of every issue:

There are moral rights and moral wrongs. Homophobia, racism, sexism, ableism – among many other forms of discrimination – have never been acceptable and cannot be accepted now.

MORE: Liberals defend campus disinvitations – even their own