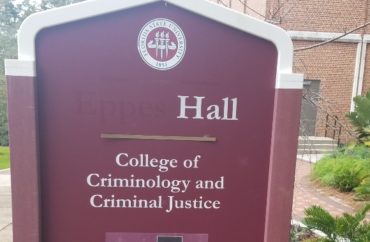 University president accedes to all demands from anti-racism task force

Florida State University’s president recently agreed to rename a building named for Francis Eppes, a slaveowner and Tallahassee mayor who was instrumental in the university’s founding.

The renaming is one of a number of recommendations that the public university’s anti-racism task force made to President John Thrasher. He also agreed to permanently prevent the public display of the Eppes statue outside.

“The Francis Eppes statue was removed from campus in July 2020 while this task force was beginning its work. I agree that the statue should not be returned to campus for display in the open air,” Thrasher wrote in his January 26 letter to the President’s Task Force on Anti-Racism, Equity and Inclusion. “To do so would venerate a man whose actions are not in keeping with Florida State University’s values.”

Thrasher also ordered the removal of Eppes’ name from the College of Criminology building effective January 31.

The signage bearing Eppes’ name has been removed, spokesperson Amy Patronis told The College Fix in a phone call on February 11. The university is in the process of updating maps and other items that list Eppes’ name, Patronis said.

The Fix took a photo of the new sign with Eppes’ name removed (above).

Eppes’ descendants acknowledged to the Tallahassee Democrat nearly three years ago that he owned slaves, affirming research the university considered when it explored removing his name. While he did not start the university, as previously believed, he did help acquire the land and helped locate the university that would eventually become FSU.

MORE: FSU punishes contractor for dressing up as Bob Marley for Halloween five years ago

In the past several years, there have been a series of actions taken in regards to the Eppes statue.

According to the Democrat, this will not be the first time the statue has been moved. In July 2018, FSU removed the statue and relocated it to a storage room without notice. However, it was relocated to the Mina Jo Powell lawn in May 2019, once again without notice.

The task force is not finished reviewing potentially offensive names, either.

“President Thrasher’s Task Force on Anti-Racism, Equity, and Inclusion is scheduled to take up issues surrounding the names of several other campus buildings or structures, including Doak Campbell Stadium and Kuersteiner Music Building,” Montgomery told The Fix via email.

She said “the Task Force will consider information available on the individuals for whom these structures are named, solicit input from experts, the campus community, alumni, and the public at large.” Montgomery told The Fix the task force would also “consult the guidelines governing naming and recognitions set forth in the provisos of President Thrasher’s 2018 Panel on Naming and Recognition.”

President Thrasher also accepted the recommendation to pursue legislative action in repealing the 1973 law that designated the law school building as B.K. Roberts Hall, and consequently removing his name from the structure.

B.K. Roberts served as the 49th justice on the Florida Supreme Court from 1949-1976. He helped found FSU’s law school in 1965. The university made the decision to remove his name based on Roberts’ 1955 and 1957 written opinions that supported a decision by the University of Florida to prevent a black man from entering its law school.

While the task force made recommendations based on historical legacies, it did not appear to consult at least one of its own experts.

Andrew Frank, an FSU professor who teaches classes on Florida history, told The Fix he has not been directly involved with advising the school on the legacies of Eppes or Roberts. The Fix asked him for comment on those two individuals’ legacies.

In addition to renaming buildings, the president also accepted a recommendation to expand diversity programming and hiring.

Thrasher agreed to allocate a recurring $15,000 to “utilize a networking tool geared toward the recruitment of underrepresented faculty and staff” and add accountability measures to the evaluation process for the “recruitment, retention, and promotion of junior and senior faculty members.”

He also agreed to increase funding for the “underrepresented faculty hiring initiative” and create a new “campus climate survey” to study the university’s progress in promoting diversity.

The university did not have a set amount for a planned event series on issues of race and inclusion.

“While we discussed at length the importance of enhancing our speaker and event series in the areas of anti-racism, diversity, and inclusion, we were hesitant to specify the amount of money necessary in these efforts,” Montgomery told The Fix.

“[T]he amount of funds to be spent on a university-wide event series on anti-racism is to be determined,” Patronis told The Fix via email.