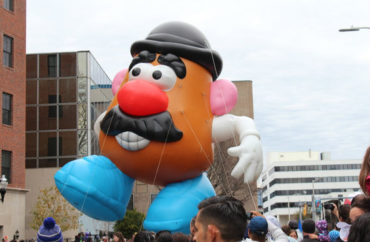 Professor likely under investigation by university

PORTLAND, Oregon – Potatoes are sexist. Everyone knows that.

Brainstorming for their next academic prank, they wanted to know if their “Everyday sexism of the ordinary potato” idea was new. It wasn’t. “Thousands” of papers had been published on the subject, Lindsay and Boghossian told The College Fix.

But no one had published a paper on Boghossian’s dogs and the “rape culture” that is rife at his local dog park.

Fifteen months later, seven prestigious academic journals have accepted hoax papers written by Boghossian, Lindsay and their new co-conspirator, Helen Pluckrose. Four of them have actually been published, including the dog-park idea that kicked off the 20-paper hoax project.

The trio recounted their efforts, the response, and potential blowback against their careers during a relaxed interview last week in Boghossian’s backyard, with the canines who inspired their project.

The stunt may cost Boghossian his job as an untenured philosophy professor at Portland State University, but he didn’t sound concerned.

“This will go down on your permanent record. ‘You’re banned from academic publishing.’ Oh yeah?” the 52-year-old smirked, alluding to the Violent Femmes’ song “Kiss Off,” while looking at Lindsay and Pluckrose. Boghossian looked disappointed that The Fix didn’t understand the reference.

Two days after the hoax broke, Boghossian told The Fix that PSU had not notified him of any change to his status or a pending investigation. Asked for an update this week, however, he responded “no comment.”

A PSU spokesperson confirmed that the university is “looking into” the new hoax papers submitted by Boghossian, but “cannot comment further on personnel issues.” His department chair, Alex Sager, has yet to respond to Fix queries. 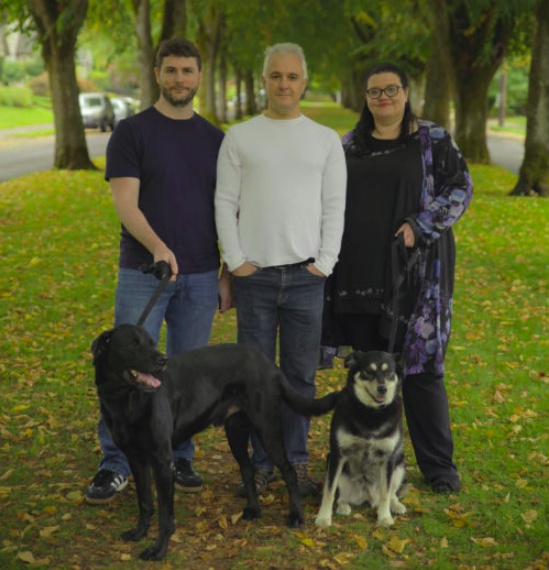 This trio of “concerned academics” – professor Boghossian, Ph.D. mathematician and author Lindsay, and Areo magazine editor-in-chief Pluckrose – embarked on their hoax project to “reboot the conversation” on topics such as gender, race and sexuality, according to the press packet that accompanied their project’s unveiling.

But their path from the conceptual penis to the metaphorical leashing of men, informed by the rape culture of dog parks, started with Boghossian and Lindsay reading a paper on “feminist glaciology” in the journal Progress in Human Geography.

They submitted a paper on troublesome tubers anyway and “looked at the legit criticism” it received from reviewers, he said.

Boghossian recounted how that experience birthed the hoax project: “Let’s do this again on a grand scale, and let’s make sure we correct every single mistake and address every single thing the critics said, so we won’t repeat it, and that’s what we did.”

The now-retracted paper “Human reactions to rape culture and queer performativity at urban dog parks in Portland, Oregon,” turned out differently than Lindsay had conceived it.

“I was just brainstorming ideas that might potentially be crazy to try” getting published, and one of them was a paper “where we argued that the feminist thing to do is to train men like we train dogs, using dog training manuals and everything for inspiration,” Lindsay told The Fix:

With much existing literature on “breed stereotyping” and a word limit to consider, they decided to narrow and reframe this material.

The final version of the so-called dog park paper, submitted under the pseudonym Helen Wilson and published in the “feminist geography” journal Gender, Place & Culture, was one of four among the seven accepted to be actually published.

It sought to probe the issues around “queer performativity and human reaction to homosexual sex between and among dogs.” The section on leashing men read:

It is also not politically feasible to leash men, yank their leashes when they “mis-behave,” or strike men with leashes (or other objects) in an attempt to help them desist from sexual aggression and other predatory behaviors (as previously, this human behavior as directed at dogs, though a sadly common anthropocentric mis-treatment of animals, is not ethically warranted on dogs).

Peer reviews on the paper were glowing. One reviewer called it “incredibly innovative, rich in analysis, and extremely well-written and organized given the incredibly diverse literature sets and theoretical questions brought into conversation.”

Another wanted to know more about its methodology, but did not question the premise. “Did you just show up, observe, write copious notes, talk to people when necessary, and then leave?” The reviewer wondered if it used “multispecies ethnography” or drew on “qualitative methods in social behaviorism/symbolic interactionism.”

Lindsay told The Fix he expected “rigorous statistical analysis to be part of the process” of peer review, but the reality is more of a “network of offense-based rules”:

“The drive underlining this is the same as it always has been,” Pluckrose said. “What we’ve been arguing in different ways for years is that we want a sounder epistemology and we want consistent” ethics and scholarship.

Looking over his shoulder at the local bar

Even after coming out to the world, the trio still chuckles recounting the ideas they got published.

Lindsay is particularly smitten with their paper on reducing transphobia in men, published in June, which advocated that straight men stick things in their rectum to reduce their transphobia. His peers couldn’t help laughing as he simply described the idea.

“I think we are legitimate gender scholars now in this way,” Pluckrose said with a chuckle. “We know what to do” to get published in what the trio calls “grievance studies” journals.

The fooled publishers who accepted their papers have portrayed the effort as a “sophisticated hoax,” Lindsay said. They’ve taken the wrong lesson from it: that they simply need to train staff to recognize hoaxes.

“They’re standing by the scholarship, they just want to check with people [authors] if it’s sincere or not, which is really against the point of trying to improve this thing,” Pluckrose said. “Would our argument have been better if we were sincerer?”

While they haven’t suffered any tangible repercussions for the hoax project yet, the trio believes it may have prematurely ended their chances of getting published again, at least in academic journals.

Pluckrose had applied for a doctoral program at King’s College London and should have heard back by now, she told The Fix, but isn’t sure that the hoax project had any impact on the school’s delayed response.

Lindsay is expecting fewer “opportunities to have in university work or researching work,” he said: “We may all be banned from publishing academic papers for the rest of our lives, depending on how all this falls out.”

Boghossian fears he’ll get suckerpunched on the street, given that he lives in Portland. “I was just threatened a few weeks ago with violence when I went to a local bar” near his house, he said.

He theorized that he hadn’t heard anything from PSU, two days after the trio announced the hoax, because “cogs are turning in the background” trying to decide how to handle him.

The greatest blowback they expect is “social media harassment,” Lindsay said, but noted he’s in less danger than his co-conspirators of getting punched on the street. He lives in Knoxville, Tennessee, and most of his community voted for Donald Trump.