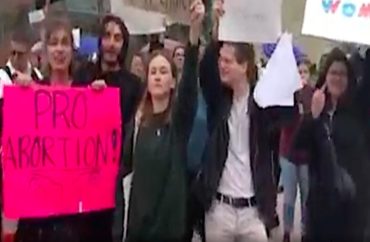 Pro-abortion demonstrators at Frostburg State University showed up at a pro-life rally last week and proceeded to yell obscenities and “simulate lewd acts.”

The abortion advocates shouted “My pussy, my choice!” and “Get the f*** outta here!” and displayed middle fingers to the pro-life students from Created Equal (video below).

According to LifeSiteNews.com, Frostburg State President Ronald Nowaczyk wrote in a statement that he believed the pro-lifers were trying to “elicit” the very response they got from the counter-demonstrators. “Members of this community were subject to a very negatively emotionally charged event,” he said.

The story notes Nowaczyk implied the pro-lifers were “motivated by hate,” but he nonetheless applied the classic notion of free speech, saying “The courts have ruled that speech that is upsetting, discomforting and even hateful is protected.”

In a separate statement, Student Advisor Kathi Perkins had a different take: the pro-life event was “harassment.”

“Although we respect free speech, we do not respect harassment,” Perkins said. “We were proud while also heartbroken yesterday as we assisted students to and from classes and dried their tears. Under no circumstances should a student have to experience trauma on this campus.”

“The behavior of some of the students was absolutely reprehensible,” Harrington said. “Simulating lewd acts, calling our team members every name in the book, etc. If I had time, I could put together hours of video of students screaming at us as we remained calm.” 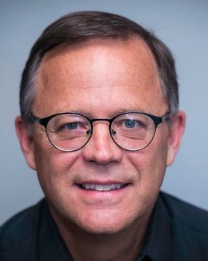 Harrington added that if police had not been on the scene, “there would have been a riot.”

LifeSiteNews wrote to SGA administrator Perkins, asking her both to substantiate her claims and to provide video or photographic evidence. She has not responded.

Harrington told LifeSiteNews that “the videos and pictures of abortion disturb students because abortion is disturbing.”

“Many reminders of abortion can remind (trigger) students of past abortions,” he added.

“The sound of a vacuum cleaner, children playing, a bumper sticker. These reminders wouldn’t lead to an emotionally adverse reactions if the act of abortion was OK.”

“We live in a culture currently that ranks remaining undisturbed as the highest virtue. These students are supposed to be preparing for the real world. Instead of being interested in exposing them to hard subjects these universities are coddling them like they are children.”