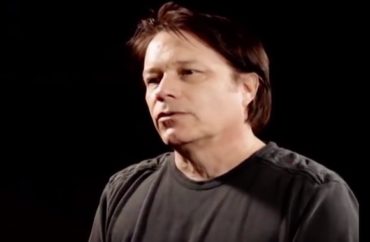 ‘Men are not finding healthy ways to deal with stressful circumstances’

One gender scholar who gives regular talks on college campuses argues that men are responsible for much higher rates of violence and suicide because they are often raised to conceal or suppress their emotions.

Thomas Keith, a professor of philosophy and gender studies at Claremont Graduate University, recently spoke at the University of North Carolina at Chapel Hill, at which, according to The Daily Tar Heel, he highlighted “four main pillars of toxic masculinity: the objectification of women, homophobia, emotional stoicism and the encouragement of violence.”

Keith said that achieving “less incarceration [and] less violence…starts with the way we conceive of men and the way we raise our boys.”

In an interview with The College Fix, Keith said he “began studying issues of masculinity around 2005, when I determined to produce a film that covered media’s representation of women and men.”

“My interest in the subject came about over time, with things like becoming a father, listening to scholars talk about the problems with contemporary masculinity, reading books on the subject, listening to students discuss their challenges with conforming to masculine standards, or dealing with men who used their power and privilege to gain advantages over others,” he said.

Keith has produced three films, “Generation M: Misogyny in Media and Culture,” “The Bro Code: How Contemporary Culture Creates Sexist Men” and “The Empathy Gap,” made in 2008, 2011 and 2015, respectively. These movies explore “how American culture bombards young men with sexist and misogynistic messages,” according to Keith’s website.

“Generation M” looks at “the hyper-sexualization of commercial products aimed at girls, the explosion of violence in video games aimed at boys, the near-hysterical sexist rants of hip-hop artists and talk radio shock jocks, and the harsh, patronizing caricatures of femininity and feminism that reverberate throughout the mainstream of American popular culture.”

“The Bro Code,” meanwhile, documents “movies and music videos that glamorize womanizing, pornography that trades in the brutalization of women, comedians who make fun of sexual assault, or the recent groundswell in men’s magazines and cable TV shows that revel in reactionary myths of American manhood.”

In his interview with The Fix, Keith argued that the principle of emotional stoicism was a significant factor in the disparities between men’s and women’s behaviors.

“It’s incontestable, for example, that men commit the vast majority of violence in the world. This fact begs the obvious question, ‘Why?’ For decades it was simply chalked up to increases in testosterone or some other biological factor such as genetics or alleged differences in brain structure from that of women (all of these ‘explanations’ have been debunked) as the causal factors for the increases in violence,” he said.

“Men are raised to be emotionally stoic as a common way that boys are instructed, usually by older men, throughout their upbringings…boys are taught never to cry, to feel or emote emotions of fear, doubt, empathy, compassion, loneliness, or any emotions our culture codifies as being ‘feminine.’ You see this in sports. Men will display angry meltdowns, but almost never express the other emotions listed here.”

“Examples come from things like suicide statistics. Now, suicide can bring in lots of variables (individual circumstances, mental health, substance abuse, availability of guns, etc.), but the fact that men commit suicide at such higher rates than women strongly correlates to the idea that men are not finding healthy ways to deal with stressful circumstances,” he said.

He also suggested the book Mascupathy by Randy Flood and Charlie Donaldson, two Michigan-based psychologists. The authors of that work also maintain an “Institute for the Prevention and Treatment of Mascupathy” meant to “help boys avoid mascupathy, therapy for men to recover, and advocacy for a more egalitarian society.”

Notably, though Keith said that the genetic hypothesis of male violence has been “debunked,” Flood and Donaldson suggest otherwise. Their institute defines “mascupathy” as a surfeit of “aggression and invulnerability,” things which they classify as “genetic masculine traits.” Elsewhere, Donaldson has written that while “socialization” is the principal factor of mascupathy, “genetics plays a part.”

Keith’s appearances on college campuses address a broad range of gender-related issues. One of his talks, titled “The Empathy Gap,” examines “the many ways that boys and men are trained to lack empathy for women in contemporary American culture” and offers “ideas about how to create, nurture, and expand empathy in boys and men.”