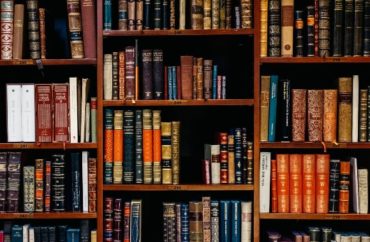 Harvard University is creating a new position for its Ivy League campus: an “Associate University Librarian for Antiracism.”

The ideal candidate will have at least 10 years of experience and demonstrate strong data analysis, leadership and administrative skills, according to Harvard officials.

The College Fix reached out to Harvard University media relations to ask what inspired the position’s creation and how an antiracism librarian differs from a regular librarian.

A media relations spokesperson for Harvard Library responded that “we’re not commenting beyond the information listed in the job posting,” but added once the person is hired they will release more information.

Harvard’s position is part of a growing trend to infuse “antiracism” into libraries.

An internet search of “antiracism library librarian” for the last year returns more than 1,000 hits with libraries touting antiracism statements, programs, reading lists and other resources.

But the results indicate that Harvard’s position might be the first academic library job with the word “antiracism” in its title.

The university announced in early November that it was hiring for the Associate University Librarian for Antiracism to develop Harvard Library into an “exemplary antiracist research library.”

But it’s actually part of a larger effort that’s already underway. The university had announced in September a new “Library Anti-Racism Team.”

“This has been a long-standing priority, and the current movement for racial justice in response to violence against Black Americans has underscored the urgency of this work,” the news release stated.

Sinclair’s role consists of engaging “subject experts across the University to identify and share anti-Black racism resources across all types of Harvard Library collections, especially those that can be shared within and beyond Harvard.”

Additionally, she helps “organize and develop policies that support the digitization of materials documenting anti-Black racism, including identifying potential candidates for digitization and processing collections to support that digitization,” according to the news release.

The university’s new antiracism librarian will specifically be hired to continue their mission.

Some of the roles the new librarian will fulfill is developing and implementing “measurable goals and metrics, and use data, research and evidence-based practice to identify and change systems, structures, policies, practices and individual behaviors that perpetuate systemic racism,” according to the job posting.

Additionally, the new librarian will “identify and pursue opportunities for the library to support education, reconciliation, restoration, and cultural transformation with regard to bias and discrimination against any group or people, including racism in all its forms.”