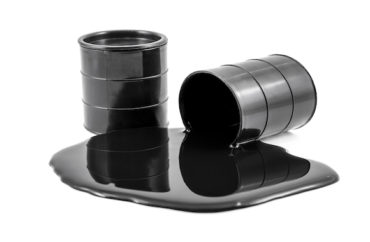 They used molasses to simulate the oil

In a bid to convince the university to divest its holdings in fossil fuels, activists at Harvard on Friday staged a mock oil spill on the campus, pouring molasses over their heads in order to simulate an environmentally devastating oil disaster.

The Harvard Crimson reports that three students—a freshman, a sophomore and a junior—all “sat on white sheets while three other Divest Harvard members, wearing placards bearing the names of oil companies, drenched them with a thick, brown liquid meant to symbolize oil.”

According to The Crimson, one attendee, named Miles Mcallister, said the demonstration was “amazing…really cool and special and powerful.”

Divestment has historically been a losing issue at Harvard. The school has refused to divest its fossil fuel holdings in spite of sustained protests on its campus. A petition that circulated last year calling for divestment snagged a vanishingly small number of signatures from the student body. A year ago, not even 10 percent of student voters wanted to see a fossil fuel divestment referendum on the ballot; the student government was forced to vote the referendum through on its own.

The demonstration came just one day after an Undergraduate Council ballot referendum showed that 69.3 percent of undergraduate voters believe Harvard should commit — by Earth Day 2020 — to complete divestment “as soon as possible” and produce a plan for doing so. Last year, 71.5 percent of UC referendum voters supported divestment.

Mcallister, who carried a sign at the protest that read “Harvard profits from climate change,” said that he voted to support divestment.

“If the University is going to broadly act that they’re leaders in the fight against climate change and sponsor research into it and things of that nature, their investment holdings need to also represent that,” he said.

Joseph Winters ’21, a Divest organizer who spoke at the event, told attendees that Harvard’s continued fossil fuel investment makes the school “complicit in the degradation of our collective future.”

“We — students, alumni, faculty, and community members — demand the divestment of Harvard’s over $40 billion endowment from the fossil fuel industry,” Winters said.

A spokesman for the school told The Crimson that the university “respectfully disagree with divestment activists on the means by which a university should confront [climate change].”