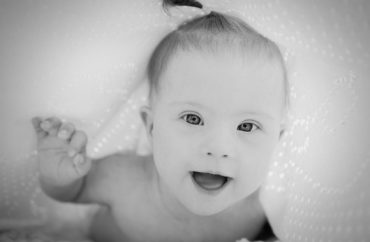 A pregnant woman whose unborn child is diagnosed with Down syndrome has four options. None of them involves delivering the baby for its own sake.

That’s the multiple-choice question on a biology exam given to students at a Utah high school, as shown by a photo taken by one of those students during the online exam, The Salt Lake Tribune reports.

It’s not clear if there’s supposed to be one correct answer to the question, which appears to violate a state law forbidding schools from surveying students on their political or religious “affiliations or beliefs”:

The potential answers include: waiting and redoing the genetic testing closer to the baby’s due date; trusting the scientific knowledge of the doctor and going forward with an abortion; prioritizing the wishes of the mother; and considering aspects like religious beliefs, financial burden and the effect on other family members before making “the best decision for everyone.”

The image was shared by the group Utahns Against Common Core (see it here), and the ensuing outrage led the principal to remove the question, though she said the student who reported it technically “broke testing rules”:

He also said it’s telling that students didn’t have the option of selecting an answer that respects the life of the unborn child.

“It’s getting at, really, a survey of their beliefs,” he said. “It’s an opinion question, and it doesn’t even include a full range of opinions.”