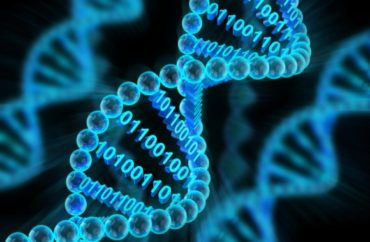 But the prize underscores a paradigm shift underway in academia: ‘Evolutionary biology is emerging from a period of great resistance to new ideas’

How did we go from a warm pond of primordial soup and a lightning strike billions of years ago to an organic coding system that’s better than any program we have in running in the world’s best supercomputers today?

For the answer to that question, a group of investors is willing to pay up to $10 million. The investors ask scientists, professors, academics, scholars, engineers, programmers — or frankly anyone who can answer the question — how do chemicals get code without an intelligent designer?

The prize, detailed on the HeroX crowdsourcing platform, was first announced at Arizona State University in 2017, and at the time was set at $5 million. On May 31 at London’s Royal Society, investors upped the ante to $10 million. To date, the question remains unsolved, said Perry Marshall, who heads up the challenge.

“We’ve received five submissions that are listed on the website that we felt were sufficiently interesting to post,” Marshall told The College Fix in an email, but added the challenge remains open and an estimate on when someone might successfully complete it ranges “from very soon to never.”

“What’s important is that we quantify the problem,” said Marshall, an engineer, business consultant, and spokesman for Natural Code LLC, the private equity investment group backing the challenge. “This sweeps fiction stories off the table.”

Since the 1960s, scientists have likened the four bases on DNA — A, T, C and G — to the zeros and ones of computer code.

The challenge posed on HeroX states cells “re-engineer themselves in real time” using code — DNA — embedded within them, so “how do you get a code without designing one?” If that’s what happened to produce all life on Earth, as many scientists believe, then what was the mechanism for that cellular coding process to come forth, the investors want to know.

Natural Code aims “to discover, develop and commercialize core principles of nature which give rise to information, consciousness and intelligence.” The group will pay a researcher $100,000 for the initial discovery of such a code, and if it’s patentable, the winner will retain a percentage of ownership of the technology created using it, as well as $10 million.

Some atheists have called this prize unwinnable, or a sham, or a salvo in favor of intelligent design.

But Perry, author of “Evolution 2.0: Breaking the Deadlock Between Darwin and Design,” said there is a growing number of scholars who accept that a “new way” must emerge in academia that explains the real-time engineering skills of cells and DNA and their capability to build, rebuild and correct systems.

“The people who said it was a sham were all flaming atheists like Jerry Coyne and PZ Myers,” Perry told The Fix.

Coyne is a University of Chicago biologist who maintains the popular “Why Evolution is True” blog, and Myers is a well-known developmental biology professor at the University of Minnesota-Morris who founded the popular evolution blog Pharyngula.

“They were saying that three years ago, but they’re not saying it now,” Perry added about solving the challenge. “… I have many origin of life scientists taking the prize seriously now, including Stuart Kauffman of the Santa Fe Institute, Addy Pross of Ben-Gurion University, physicist Paul Davies and my prize judges.”

The challenge’s judges are: George Church, professor of genetics at Harvard Medical School and professor of health sciences and technology at Harvard and MIT; Oxford Professor Denis Noble, who was the first person to build a computer model of an organ, the heart, which led to the creation of pacemakers; and Professor Michael Ruse at Florida State University, author of “Darwinism and Design,” “Atheism: What Everyone Needs to Know,” and “Science, Evolution and Religion,” among other books.

As for Perry, today he is one of the nation’s most in-demand business consultants, but as an electrical engineer he also designed audio systems for Honda, Ford and Chrysler. NASA’s Jet Propulsion Labs uses his “80/20 Curve” as a productivity tool, and he is a best-selling author.

“I’ve never had a scientist tell me that I have not formulated this problem correctly. Technology people see extensive commercial applications for it,” Perry told The Fix.

Perry said the tide is on his side. Professor Noble has offered to debate some of the most famous atheists in the world and “all invitations have been declined,” he said.

“Denis would eviscerate them, and they know it,” Perry said. “It is simply not possible to defend ‘selfish gene’ and similar outdated concepts anymore in the current state of 21st century molecular biology.”

Meanwhile, he added, dozens of notable scientists support “The Third Way of Evolution.” They dissent from both Darwinism and creationism but push a platform “for new voices to be heard in evolution debates.”

What’s more, the Royal Society evolution conference in 2016 confirmed “that evolutionary theory is in the midst of a sea change,” he said. Perry, who attended the sold-out conference along with 300 others, said that at the world’s oldest scientific society, highly accomplished scientists explained why most of the core assumptions of neo-Darwinism have been quietly overturned during the last 50 years.

Perry said he sees support on campus, too.

“I’ve spoken at Arizona State University, Penn State, Notre Dame Chicago, the Royal Society, and have participated in discussions at the Santa Fe Institute,” he told The Fix via email. “The general reaction has been very favorable, very enthusiastic, although there’s always many opinions and points of view.”

“I have great relationships with a couple dozen professors,” he added. “They invite me to their meetings and they send me papers that they’re writing. They’re interested in my point of view. … Evolutionary biology is emerging from a period of great resistance to new ideas and there is a refreshing sense of excitement and progress that was not there 10 years ago.”

Perry, a former intelligent design proponent (in 2005 he gave a talk titled “If You Can Read This I Can Prove God Exists” but says his belief system has since evolved), still believes in God, but also suspects his challenge is solvable.

“As I started to explore this, I came to this realization that there’s a million codes, 999,999 are designed, and then there’s one that we don’t know where it came from, and it’s DNA,” he said as he announced the $10 million prize.

“… Then you get to the origin of life and the origin of code, and it would be easy to just abdicate to a divine explanation,” he said. “But I suspect that there are many principles here that science has not figured out. I still believe in God, but I don’t like the ‘God of the gaps’ arguments. They routinely fail and we’re trying to get past this.”

Asked by The College Fix whether another way to phrase his challenge might be: “How did our creator insert code into chemicals? And can we humans discover and replicate that process for our own ends?” Perry replied: “Yes, you could say that.”