But university within its rights to create preferred categories

A federal judge cited this red flag in refusing to dismiss a lawsuit by students Evan and Isaac Smith, along with the unregistered student group Viewpoint Neutrality Now!

U.S District Judge Patrick Schiltz frowned on other claims in their lawsuit from last spring, however.

He found that the university’s limits on which groups can apply for larger sums of “student services” fees, and which are eligible for free office space, are viewpoint-neutral. Students pay nearly $900 each academic year in these fees.

The plaintiffs certainly haven’t provided First Amendment precedents on why they have the right to “appeal the very fact that the University has, through its adoption of various policies, created a limited public forum and restricted it to certain groups,” the judge wrote. He noted that student groups can appeal specific funding decisions.

A spokesperson for the university was quick to play down the court’s refusal to toss the case earlier this month. “This is just one step in the legal process, and pre-trial proceedings continue in this case,” she told The College Fix.

The plaintiffs’ lawyer, Erick Kaardal, has not responded to email and phone queries going back to Feb. 4.

Kaardal (below) previously secured a settlement on behalf of a conservative student club whose school district disbanded it for criticizing “flag protesters,” but Judge Schiltz mocked him for claiming that the court can’t dismiss a lawsuit “based on incorrect legal theories.” 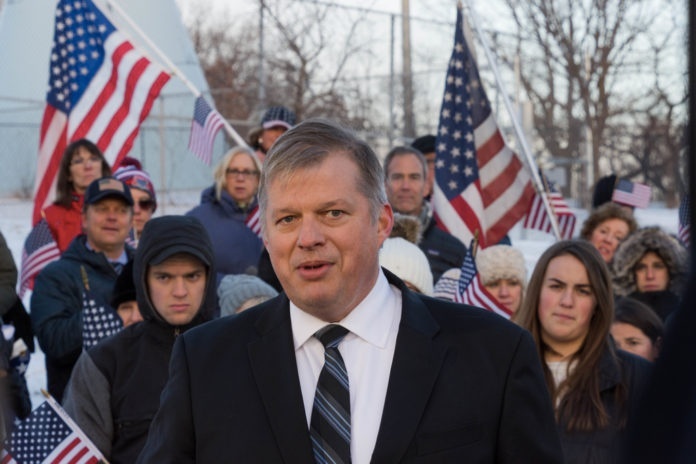 ‘Perhaps curious’ but ‘not unreasonable’ to ban partisan funding

Administrators also allegedly practice viewpoint discrimination among student groups through the preferential treatment granted to “media groups,” which can request unlimited funds to cover “operational costs,” and identity-based “cultural centers,” which are registered student organizations that receive free lounge space in the Coffman Memorial Union. (The lease on each space is valued at $30,000 a year.)

This amounts to “unbridled discretion,” the plaintiffs claim.

The university counters that the concerns about who gets funded, and how, are unavoidable effects of the “limited public forum” it created. It argues that its focus on identity-based cultural centers is consistent with its mission of promoting diversity.

Judge Schiltz said the plaintiffs put themselves in a bind, however, by making a “facial” challenge to the university policies themselves, not an “as-applied” challenge to how the policies were enforced. This is “an uphill battle” for their suit.

He said the $25,000 cap on RSOs for operational costs, in contrast to the no-limit funding for media groups, is constitutional. The limitation in this limited public forum is viewpoint-neutral, the judge said, citing the plaintiff’s lack of a “coherent theory” for how preferring media groups is based on viewpoint.

The university’s practice of promoting the cultural centers on its website, but not other RSOs, does not implicate viewpoint neutrality because it’s government speech, the judge continued. The administration exercises “direct control” over the messages on its own website, which the plaintiffs acknowledge in their complaint that students have “no input” on website content.

As for partisan political organizations being ineligible for funding, the plaintiffs only argue that the policy “could have been better written,” Schiltz wrote: It’s “perhaps curious” but “not unreasonable” for the university to make this restriction. The university put in place “sufficient safeguards” to prevent the Student Services Fee Committee from exercising unbridled discretion here.

Judge Schiltz knocked down the plaintiffs’ reliance on a ruling by the 7th U.S. Circuit Court of Appeals, which is not binding for his court, to argue that UMinn’s 12-month financial documentation requirement is viewpoint-discriminatory.

“[N]ovelty of ideas does not necessarily follow from length of existence,” he wrote, noting that a recognized conservative student group had recently “turn[ed] its attention” to opposing COVID-19 mask mandates. “The requirement is also reasonable, as it ensures that RSOs have demonstrated fiscal responsibility before receiving funds.” 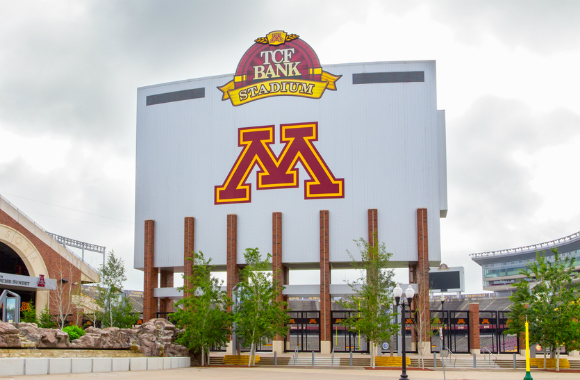 The judge was far more skeptical of the constitutionality of the role played by the vice provost of student affairs, also known as the dean of students, on various funding decisions.

“The VPSA/DoS acts as a gatekeeper to a limited public forum by deciding which groups may have access to the forum,” Schiltz wrote, regarding the funding process for media groups. Yet the authority of this official – currently, Maggie Towle – “lacks most of the basic safeguards” in the Supreme Court’s rulings on unbridled discretion.

Towle alone gets to decide who is eligible to apply for media-group funding, and she’s not required to “explain the reasons” for her decisions, observe a deadline or even show viewpoint neutrality.

“Nothing forbids the VPSA/DoS from discriminating on the basis of viewpoint in deciding who may apply for media-group funding—and, even if the VPSA/DoS was so forbidden, there are no safeguards to ensure that she complies with that restriction,” according to the judge.

This creates “both the risk of self-censorship by media groups who wish to be invited and the risk of the VPSA/DoS engaging in undetectable viewpoint discrimination in deciding who will be invited.”

The court applied the same analysis on unbridled discretion to the Coffman cultural centers. The plaintiffs alleged that groups couldn’t apply for lounge space, the decision-maker was not banned from considering viewpoint, and “no standards of any kind” guided decisions, among other deficiencies.

Because Schiltz has to assume at this point of the litigation that the “plaintiffs are correct … the discretion of the decision-maker who allocated the space in Coffman was about as ‘unbridled’ as unbridled discretion gets,” he wrote: “None of the criteria on which courts have insisted were in place.”

The judge knocked down the university’s counter-argument that its renewal police for the lounge space has adequate safeguards. “Given that the original allocation process had no safeguards, and given that only the cultural centers that were chosen during that process can now apply for renewal, the impact of any constitutional violations continues to this day.”

Schiltz exempted himself from ruling on an argument by the plaintiffs – that the university’s very limitation on free lounge space to “identity-based groups is itself a form of viewpoint discrimination.”

This is a “difficult issue,” but he doesn’t have to rule on it because the unbridled discretion of the decision-maker as alleged by the plaintiffs would already be unconstitutional.