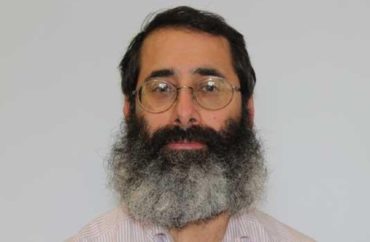 Professor Seth Tillman, who teaches at an Irish university, wrote a 15-page response to Ruger’s request to sanction Wax for comments she has made about immigration and racial politics in the past several years.

Particularly, according to the Maynooth University professor, Ruger attempted to link Wax to a British politician accused of racism simply because she had assigned an interview he had conducted in class.

Inviting on campus Jared Taylor, one of the world’s most prominent white supremacists, for a mandatory lecture in her Law School course. To prepare for this class, Wax assigned an interview with Enoch Powell, a man who was ousted from his leadership role in the British Conservative party over fifty years ago for his inflammatory and racist public speeches, which today are influential among violent white supremacist groups and individuals worldwide.

Professor Tillman (pictured) took Ruger to task for what he alleged is sloppy scholarship – “you are making concrete claims about a now deceased third party—akin to what would be called legislative facts in ordinary litigation. If you have any sources for these claims, it is quite unclear what they are,” he wrote.

“As far I can tell, not one of these specific sources [cited by Ruger] discusses Powell in any way,” the professor and former U.S. federal judge law clerk wrote.

He further questioned Ruger’s grasp of British politics in the 1960s.

Given all that, it seems that the views expressed about Powell in your letter are your personal views about events which took place in and around 1968. That is rather odd. You graduated from Williams College in 1990 —so, I cannot imagine that you have any personal recollection of these events. Your biography does not show that you have any degrees in modern British history or, even, any degrees from British institutions of higher learning. Your 20 journal articles, which are available electronically, do not reflect any expertise, or even any connection, relating to Powell and his speech or speeches.

“I, for one, do not think you are correct about much of what you wrote about Powell. Powell was not ousted for “his inflammatory and racist public speeches.” (emphasis added) He was ousted for one speech—the so-called Rivers of Blood speech,” Tillman wrote.

He noted that the allegedly controversial politician was removed by an opposing party member.

The letter continues to describe misinterpretations and misrepresentations of the views of Powell, the politician, and the problems with trying to punish Professor Wax for assigning one interview to students about him.

Tillman concluded that “should Wax be disciplined, in whole or in part for assigning the Powell interview, or for voicing her unpopular opinions in a non-discriminatory fashion,” he would “tremble in regard to what the consequences will be for freedom of speech, thought, and conscience in your university, in the United States, and elsewhere.”