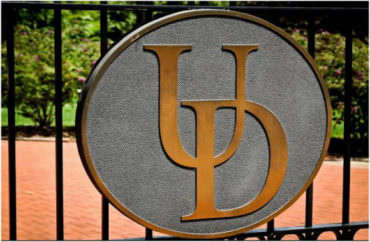 A federal judge has ruled that University of Delaware students’ claims that the school “unjustly enriched itself” during the COVID-19 pandemic are “plausible,” and their case can move forward.

The plaintiffs in the lawsuit want “partial refunds” of their 2020 spring tuition and fees.

Judge Stephanos Bibas said that while UD “never promised them expressly […] promises need not be express to be enforceable.”

“By its statements and history of offering classes in person, the school may have implied a promise to stay in person,” Bibas wrote.

The university claims it “expressly reserved” the right to switch to virtual instruction, and that parents who paid for their child’s tuition and associated fees have no standing in the suit as they were not obligated to handle such costs.

MORE: U. Delaware activists want an advisory ‘board’ to help design curriculum

But Bibas wrote “If the parents are right, they suffered a simpler injury: The school wrongly took their money […] It promised to use the money for one purpose but did not.”

The students argue that before the pandemic, the school treated in-person and online classes as separate offerings and charged more for some in-person programs than they did for similar online classes. They also argue that the university charged them fees for the gym, student centers, and the health center, sometimes at higher rates than those paid by online students, and that the school kept those fees while denying them the services.

Friday’s ruling came three months after Bibas refused to dismiss two separate lawsuits that the plaintiffs seek to consolidate and pursue as a class-action on behalf of all students who paid for the spring 2020 semester.

University attorneys filed motions to dismiss the lawsuits, arguing that the students failed to identify any specific contractual term that was breached, and that the school has the right to change its policies, fees and other charges without notice.

Bibas noted that, under Delaware law, the relationship between a student and a university is a contractual one. He also said the terms of an education contract may not necessarily be limited to those found in a course catalog or student handbook.

The judge noted that the contractual relationship is demonstrated mainly through “actions, not words.” The plaintiffs and UD “did that here, and their acts plausibly created an implied contract.”

Bibas is a former University of Pennsylvania law professor and chairman of that school’s Committee on Open Expression. He was appointed to the bench by President Trump in 2017.

The University of Delaware has one of the largest public university endowments in the country, $1.45 billion as of 2019.

MORE: Biden campaign operatives ‘rifled’ through the candidate’s records at U. Delaware