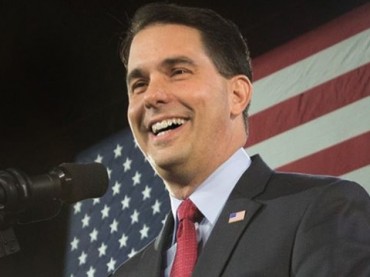 That was the headline of a Business Insider article that touted numerous Americans who have done quite well – quite well – without a college degree. Among them:

Matt Mullenweg started WordPress, which now powers 16 percent of the web. Mullenweg dropped out of the University of Houston in 2004. Even then, he was so precocious that he didn’t bother with their computer classes. …

Arash Ferdowsi is a co-founder of DropBox, which is now worth an estimated $4 billion. Ferdowsi dropped out of the Massachusetts Institute of Technology in 2007 after three years at the school. …

JetBlue Airways founder David Neeleman dropped out of college with a year left until graduation. …

Evan Williams found his time at the University of Nebraska a ‘waste of time’ and dropped out. He went on to start Blogger, one of Google’s early acquisitions. …

See a pattern here? Sometimes people see beyond the walls of a university. They have a vision and a drive that transcends a college degree. Is Scott Walker one of them? Sure.

And it drives leftists nuts.

The “most read” story at The Washington Post on Wednesday was headlined: “As Scott Walker mulls White House bid, questions linger over college exit.”

Today, Walker, 47, is the governor of Wisconsin and a strong contender for the GOP’s 2016 presidential nomination. He is known for an astounding political hot streak: Since 1993, he has run 11 races for state legislature, county executive and governor — including a highly unusual recall election in 2012 — and he has won them all.

But before that streak came a string of defeats — the campus election, his failure to finish college and his first campaign for state office.

Yes, you read that correctly. The Post is even dredging up his narrow defeat for student body president. As Mark Levin put it on his Facebook page: “Washington Compost already gunning for Scott Walker.”

Not only does the liberal establishment hate Walker, they hate that he doesn’t have a college degree. He didn’t follow their prescribed pathway for entering society.

But in today’s day and age, Walker not having a degree is a made-up controversy that shouldn’t have staying power. In fact, to millennials, it might be a badge of honor that Walker gamed the system.