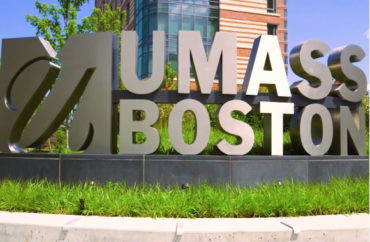 It takes a lot of courage in today’s campus climate to not only take a stand against diversity, equity and inclusion dogma — but to do so publicly.

So bravo to the nearly five dozen University of Massachusetts at Boston’s College of Science and Mathematics professors who have signed their names to an open letter criticizing an attempt at the institution to prioritize ideological activism over the search for truth.

At issue are draft university mission and value statements that prioritize racial justice and seek to link funding and policy decisions to diversity, equity and inclusion tenets.

“Under no circumstances can political or ideological activism be the primary purpose of a public university,” states the open letter (emphasis in the original).

“…[T]he public university can play an active role in educating students on pressing issues of social injustice as well as effective methods of activism. However, in this regard the role of the university is to empower people to take action themselves – not to coerce students, faculty, or institutional units to do so.”

We raise these points about the purpose of the public university because we believe the current drafts of the mission and vision statements radically depart from these fundamental tenets, and instead promote a chilling environment for the pursuit of truth.

This is most evident in the Vision Statement which discusses diversity, equity, expansive notions of excellence, wellness, an ethic of care, plural identities, climate justice, environmental justice, and racial justice, and then states that “We hold ourselves and each other accountable to ensure these values drive all decision-making in research, pedagogical innovations, resource allocation, and the development of policies and practices.”

That is, these values – which have very distinct ideological interpretations – must drive the direction of every researcher and department on campus, and as a community of scholars we will hold people accountable when their research does not actively promote these values.

•  If your research on quantum computing is not perceived as promoting climate, environmental, or racial justice – will you be held accountable and your resources re-allocated?

•  If your department makes the data-informed decision to support the use of standardized tests as a measurement of student learning or preparation, but the campus views this as being opposed to wellness, an ethic of care, equity, or an expansive notion of excellence, will your department be held accountable and its resources re-allocated?

The open letter continues to collect signatures of support from professors, or asks those who support the signatories to send the professors emails of encouragement.

Weighing in on the letter is Jerry Coyne, a University of Chicago professor who is a self-described leftist but who is also a staunch advocate for academic freedom.

He called the open letter a “heartbreaking plea for the University of Massachusetts at Boston to return to its traditional mission,” but added: “That’s not going to happen, and the way things are, in ten years there will be no public (and few private) universities in America who don’t see their main mission as social engineering and therapy.”