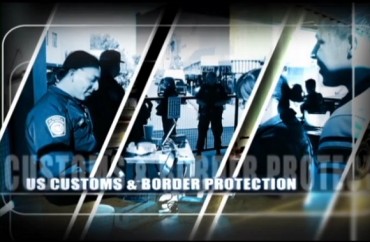 The president of Michigan State University expressed remorse Tuesday for a class presentation by U.S. Customs and Border Protection members in a university-wide email, saying the incident “disrupted a sense of safety.”

President Samuel Stanley’s email, subject line “Fostering a safe and inclusive campus,” promised that the presentation, as well as an incident of vandalism against Jewish students, and a survey question that offended some students, are being investigated by the campus police and the Office of Institutional equality.

The email also expressed concern over a “racial bias” incident in a dormitory, where toilet paper was hung on the door room door of two black students in a shape some said resembled a noose. The university determined that the incident was a non-racist Halloween prank, but some students are still outraged by it.

“Some of these actions may not have grown from negative intent or malice, but it’s important for us all to remember the difference between intent and impact. Regardless of intent, there is still an impact being felt across campus,” Stanley wrote. “These situations have disrupted a sense of safety that should exist for everyone. Building inclusive communities is at the core of our values, and the impact of recent events cannot be underestimated.”

“We will be responsive to these issues and will not ignore the effect they are having on our community,” he continued. “It is important to hold ourselves accountable for being respectful, culturally sensitive and informed.”

The campus’ College Republicans chapter blasted Stanley in a news release for implying a “connection of federal law enforcement officers to acts of hatred.”

“The College Republicans at MSU stand firmly with President Stanley and the MSU community against hatred and bigotry in all its forms,” the group said. “However, we are disappointed in the president’s decision to highlight a legitimate, educational visit by dedicated CBP agents in his statement against hate and bias. Spartan students deserve a safe and inclusive campus. We ought to extend that inclusivity to hard-working law enforcement officers, especially to those invited for a class function.”