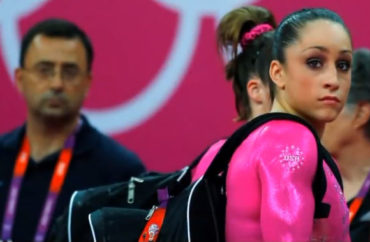 Student was investigated days after feds probed MSU for enabling Nassar. He lost.

A year ago we told you about Michigan State University’s refusal to comply with an appeals court precedent that requires an in-person hearing with cross-examination to students facing suspension or expulsion for sexual misconduct.

It didn’t follow through until a medical school student sued the taxpayer-funded institution for depriving him due process in a proceeding stemming from three-year-old accusations by two female students in his program.

Robby Soave at Reason has a sad update to the case: “Dev,” the son of Sri Lankan immigrants, has little chance of ever getting his degree and being able to pay back his $283,000 in medical school debt.

The federal judge who ordered MSU to let Dev take necessary exams for his program a year ago ultimately blessed its unfair process in a December ruling, according to Soave, who has reviewed the full case file. Dev also lost his attorney in January and can’t afford “the caliber of lawyer” he needs to successfully appeal.

“The elephant in the room, of course, is Larry Nassar,” Soave writes in his exhaustive feature, referring to the MSU doctor who was later convicted of “serial sexual abuse” against female Olympic gymnasts:

Nassar’s appalling crimes captured the nation’s attention in 2017, subjecting MSU to a barrage of negative media coverage that suggested the university had utterly failed to protect female students from predatory men. Following the Nassar scandal, the university had every reason to be more proactive about allegations of sexual misconduct. Indeed, the Education Department’s Office for Civil Rights, which ensures that universities are complying with Title IX, initiated an investigation into MSU’s handling of the Nassar affair on February 22, 2018—just a few days before the university launched the investigation into Dev.

It’s hard to overstate how bad this timing was for Dev, and it should have drawn more concern from U.S. District Judge Paul Maloney, who was appointed by President George W. Bush. Instead, the judge upheld the joke hearing MSU eventually gave Dev.

Soave suspects that accused male students have no practical way to defend themselves against these common allegations, “when neither they nor their [alleged] victims remember everything that happened”:

How do they prove beyond a doubt that the people giving evidence against them—who themselves made embarrassing decisions—had reason to distort the truth, to disguise their own moral failings? How does an ostensibly fair system determine that exactly one person—Dev—must pay for what happened that night, and suffer the end of his career aspirations, social stigma, and permanent crippling debt, because of it?

I'm afraid that we've created a system for young men accused of sexual misconduct in which there is essentially no way for them to prove their innocence. This isn't justice. It's horrifying. https://t.co/4UWtK9s2Ad pic.twitter.com/jnSVoKXbUb

Soave meticulously catalogs the events that landed Dev in MSU’s kangaroo court: a drunken romp with female classmates, prompted by their “unraveling” relationships with other men, on the night of the medical school’s “Med Ball.”

Neither student formally accused him of nonconsensual sexual behavior, but their request to be removed from clinical rotations with Dev led the university to launch its own investigation – days after the feds launched the Nassar investigation.

“The elements of his case resemble many others,” Soave writes:

a night of drunken sex that one party claims was consensual and another party remembers differently; a significant passage of time; an insinuation that eventually becomes a formal accusation; a fraught effort to mount a defense; a life-derailing finding of guilt.

Each party’s account of the debauched night’s events was a contradictory mess, but MSU wanted a guilty finding against Dev. lt chose a firm with a dubious record of neutral investigations, Kroll, which recommended immediate suspension:

In reaching this decision, Kroll purportedly used a preponderance-of-the-evidence standard, in which investigators only needed to be 51 percent confident that Dev was guilty. Investigators never held a hearing, nor did they allow Dev to cross-examine either his accusers or the several other people—Harry, the dean, various friends—who had made statements to the investigators.

Dev wasn’t allowed to appeal the verdict, just the punishment. Dev’s dean Aron Sousa (left) admitted that the night’s events likely showed a group of people “behaving badly and hurting each other,” yet he singled out Dev for taking “advantage of a friend.” Not violating an incapacitated person.

When Maloney ordered MSU to give Dev a real hearing, not a Kroll fait accompli, the university responded with another kangaroo court: an administrative law judge, Mark Eyster, who failed to recuse himself for bias and “allowed the Kroll report to be submitted as evidence.”

Accuser “Jillian” vaguely claimed she was “too intoxicated to give consent” but muddled her story by claiming she was incapacitated by the emotional pain of seeing her friend “Valerie” (the other accuser) kissing Jillian’s secret sex partner “Harry” that night. Eyster let her “refuse to answer certain questions” during the purported cross-examination.

Maloney ruled that a kangaroo court hearing was still a hearing, reasoning that Eyster had factored in Valerie and Jillian’s romantic relationships with other men – their alleged motivation to deny they consented with Dev – as part of his “credibility determination.”

The judge also curiously concluded that it was irrelevant that Kroll said “Jillian was too drunk to consent” while Eyster said drunkenness did not play a role. “The difference does not cast doubt on the accuracy of the proceedings,” Maloney said.

Dev told Soave he was “done” and “broken” by the experience with post-Nassar MSU justice. “I dedicated 8 to 12 years of studying for this. … If [the lawsuit] doesn’t work, I’m fucked.”