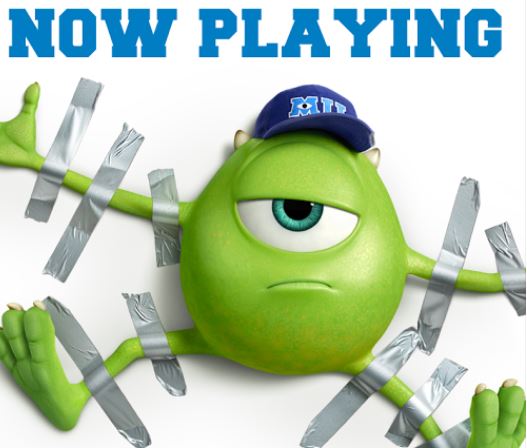 Chances are, if you have kids, you’ll at some point watch “Monsters University” – the latest Disney-Pixar movie to hit the screens, a follow-up to the wildly popular 2001 “Monsters, Inc.”

But what’s important to note about the movie – and of course not surprisingly since it’s coming from Hollywood – is that much of it amounts to a leftwing propaganda piece.

Look no further than a review by Kevin Kiley of Inside Higher Ed, who spells it out quite nicely, albeit he likely doesn’t have a problem with the movie’s angle.

“… more than a comment on college, Monsters University is a film about diversity, the innate differences between individuals, and the institutions and situations that help foster connections and understanding between those individuals. Which makes it fitting that the film is released today in the shadow of a potential landmark Supreme Court ruling on affirmative action expected to come next week.

The movie is about the challenge of limited talent and the realization that hard work can only take one so far – and sometimes not even as far as people who are just “born with it.” But it’s also about what students in the social and intellectual crucible of college can learn from each other and how those interactions shape worldviews and change lives.

One can walk away from the movie with the impression that the administrators and faculty at Monsters University would happily join in the amicus brief filed in the affirmative action case by a group of private university administrators who said ‘a diverse student body adds significantly to the rigor and depth of students’ educational experience. Diversity encourages students to question their own assumptions, to test received truths, and to appreciate the spectacular complexity of the modern world. This larger understanding prepares … graduates to be active and engaged citizens wrestling with the pressing  challenges of the day, to pursue innovation in every field of discovery, and to expand humanity’s learning and accomplishment.’

We don’t have a problem with diversity.

We have a problem with the fact that the priorities of the modern college experience have morphed from teaching relevant facts and skills to instead constantly force-feeding notions of diversity and tolerance in the quad, in the classroom, in homework assignments, like something akin to a religious cult.

Decades ago, college used to prioritize getting a good education and marketable skills. Now it’s about indoctrinating students, telling them they’re ignorant, racist homophobes – all the while refusing to allow intellectual diversity to thrive on campus.

Noted columnist John Leo stated it a lot more eloquently when he said recently that “when they stress diversity and sustainability they’re not stressing intellect or achievement or knowledge. They’re segueing over to social principle rather than learning. I don’t know how many people get that. Colleges should not be in the social activism business. You can do that in your spare time.” He made the comments not in relation to the movie, but to the sorry state of the academe today.

We shouldn’t be surprised that a Hollywood film aimed at kids that’s set on a college campus would promote diversity, and would teach kids – as Kiley put it, “that hard work can only take one so far.”

Sure, there are some positive lessons in the movie, too. Endearing moments. Many laughs. There’s even a surprise twist Kiley points out that will sit well with folks who predict the higher education system in America is slowly imploding.

But mindless entertainment? Not exactly.