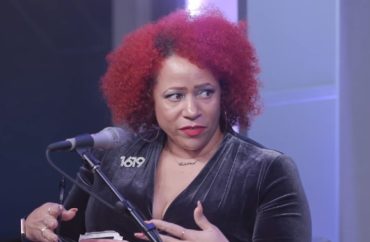 If she is a ‘genius’ why did she give away her bargaining power?

Reading the saga of Nikole Hannah-Jones’ application to teach at the University of North Carolina-Chapel Hill, one could think that she has an inherent and inalienable right to immediately be granted a tenured position.

Nikole Hannah-Jones applied to teach at UNC the last summer, under the understanding she would be considered for tenure. Then, the Board of Trustees exercised its shared governance right, as part of university policy, to veto or not take action on a tenure referral.

“I’m not sure why and I’m not sure if that’s ever happened before,” Susan King said, of the Board of Trustees’ decision not to approve.

Surely, the dean of the journalism school means that the trustees have never denied a tenure request that had already been approved by a hiring committee. I assume that King does not mean that no one at the university has ever been denied tenure.

At least twice, in November 2020 and January 2021, the Board of Trustees did not take up her tenure application for a vote, according to a letter from her attorneys.

Then, with full knowledge that she did not have a tenure position in a written contract, Jones accepted in February 2021 an offer to teach for five-years at UNC, with a promise of a tenure review at the end of that period. For someone who, it has repeatedly been said, won a “genius” award, Jones should have known that signing the contract would remove her bargaining power.

Still, UNC professors see this as a violation of academic freedom when someone with no professorial experience is given a five-year contract to teach.

Does academic freedom mean the pursuit of falsehoods?

“Tenure matters,” a letter from twelve professors said. “It enables members of the academy to pursue lines of scholarship that may be unpopular or controversial.”

The signers of the letter, and other professors, have made the point that the university “cannot recruit––or retain––the world’s leading scholars when they fear that their work will be judged through any lens other than merit.”

The professors warned that “in the absence of world-class faculty, Carolina will cease to be a world-class institution and a jewel for the state of North Carolina.”

But the concerns about Jones seem to be based on the merit of her work — if The New York Times admitted flaws in Jones’ research, why can’t the board of trustees also point to problems in their decision not to grant her tenure or not to vote on her tenure immediately?

Jones’ supporters point to the decision of Professor Lisa Jones, a black chemist at the University of Maryland, as proof that the New York Times’ journalist’s denial of tenure has hurt the university.

First, the chemistry professor did not have, according to news reports, an actual offer to teach at the university. She had applied and the university had tried to recruit her, but she did not have a signed contract.

Second, if that’s indeed the case, then it’s completely fair for the board of trustees to weigh how recruitment and donations would be affected with either the hiring of the non-hiring of any person, and weigh those potential results.

They can do that, because Jones does not have an inherent, inalienable right to tenure.