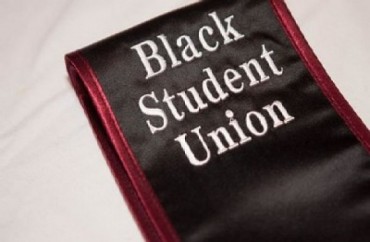 The Rowan University Black Student Union and NAACP followed through late last month with the promise to hold a town hall on racial matters, a major impetus for which was a hate crime that didn’t actually occur.

However, police did not charge the suspect with a hate crime as they believed he was “unaware of the victim’s race.” This upset many in the Rowan community, including a local NAACP official who asked “Do we give him a pass because he’s Black?

One Rowan student said it was “scary” that we are “still having racial issues” in 2022.

The student paper The Whit Online reports that at September 28’s “Race, Responsibility and Respect” town hall, Rowan NAACP Vice President Simone Brooks addressed the issue by noting “This year, as many people may know, a student in Holly Pointe Commons had anti-black racial slurs written on her door which was very unacceptable. That was one of the biggest reasons why we thought a town hall meeting would be good [to have] to hear the opinions of other students.”

The event featured an open floor session led by Gabrielle Langevine, the president of the NAACP, and Michael Nash, vice president of the Black Student Union. In the time provided, students came up and shared experiences, questions and concerns about black life on campus in an open forum that lasted roughly two hours.

“One thing that stood out to me was this girl that said she had no hope for change and she just thinks that they don’t care. That statement stood out to me because it defined how much more work we have to do. We have to continue to unite and go into these spaces as student leaders and find out what the needs and wants of our student body are,” Nash said. “How can we motivate and bring life into the students that feel as though they may not have a voice?”

MORE: Rowan U. employee loses job due to killing a black teen as a cop 26 years ago

The meeting also sought to address “many recent and major occurrences in relation to racial discrimination, campus policing and the restriction of homecoming events.”

The article does not elaborate on these “occurrences”; however, at the time of the dorm door/n-word incident The Whit noted the victim’s sister had gone to social media to lambaste the alleged “re-occurring, racially-motivated acts of hate speech, violence and discriminatory behavior” on campus: “Rowan University has had this done to families of color multiple times […] I’m livid with this occurring at Rowan year after year. Something needs to be done.”

According to The Whit archives, Rowan NAACP President Jasmin Jones alleged last November that she and some friends had been the target of “racial hate speech” and that the university did not handle it appropriately.

Another student with a “traditional name” alleged that a professor had refused to use the name, and referred to the student as “it.”