Bresciani nevertheless bore the brunt of the protesters on Saturday as about 100 of them crowded at his residence early in the afternoon. With Bresciani in attendance, activists and students alike demanded more action from his administration, with one student calling his response to the hate incidents “completely unacceptable” and “horrible.” 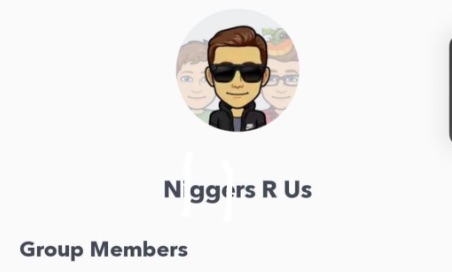 “It made me want to reconsider if I want to graduate from this college,” said Native American student Ambrosia Yellow Bird. “Unless something changes, I don’t feel validated as an Indigenous woman at this college.”

Black Lives Matter member Faith Shields-Dixon told Bresciani the students involved in the hate incidents should face “harsher sanctions,” and that the university should “move more swiftly” to deal with such matters. 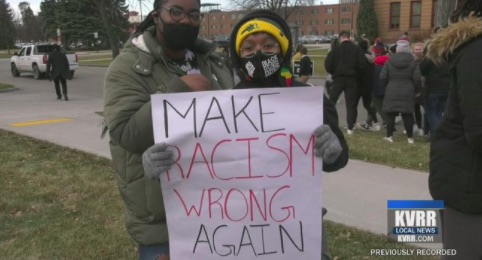 Recent NDSU graduate Nadia M. claimed the school’s reaction to the incidents “shows Black students that their university not only doesn’t care about their identity but the pain that comes with living in this country.”

Another student wondered why students get notified about break-ins and incidents of sexual assault, but not “blatant racism.”

Student Solomon Sewell said anyone acting “shocked” or “surprised” at the revelation of the incidents is “out of touch.” He accused the university of “working to maintain the status quo,” noting that the reason protesters gathered was because school officials chose “not to change their policy and not to take action.”

But … how can NDSU change its policy regarding speech? It’s a public university.

President Bresciani noted — rightly — that the university’s options are limited as American courts have ruled there is no “hate” speech exception to the First Amendment. Bresciani told a local news station those involved in the hate incidents were disciplined to the “extent legally allowable,” but added he wasn’t allowed to elaborate on specifics.

“The after is when we have a lot of limitations on this, but the before and educating students that this is unacceptable behavior in our community is what we need to do a better job of,” Bresciani said.

Read the Spectrum and Inforum articles.