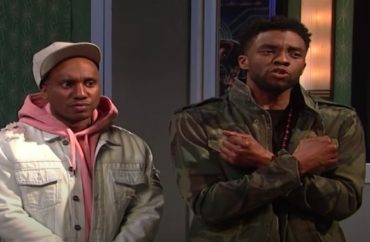 A pair of educators in New York City have filed lawsuits alleging they were fired for, among other things, refusing to do a “Wakanda Forever” salute at superintendents meetings.

Wakanda is the fictional African homeland of the Marvel Comics character Black Panther.

Aside from being “admonished” for not doing the salute, thirty-year veteran Karen Ames says she also was ripped for sharing a story about how her grandparents lost children in the Holocaust. Ames is Jewish.

“You better check yourself,” Ames was told by colleague Rasheda Amon, according to court documents. “That is not about being Jewish! It’s about black and brown boys of color only.”

According to the New York Post, Ames’ $150 million lawsuit alleges her career was “derailed” by Chancellor Richard Carranza’s “Disrupt and Dismantle” campaign.

“The agenda of Chancellor Carranza and his senior leadership team was euphemistically touted as an ‘equity platform’ but in reality, it was a platform used to create gender, age, racial and ethnic divisions in the NYC School system,” the suit, filed Friday, states.

According to the Post report, Carranza had praised Ames’ efforts in raising test scores in District 8 schools and promised to utilize her methods elsewhere in the city. However, sometime later, Carranza assistant Cheryl Watson-Harris allegedly grilled Ames about her personal background — questions about family, home and “improper inquiries” about her ethnicity.

Elsewhere, “Afro-Latina” educator Rafaela Espinal also filed suit alleging retaliation for refusing to participate in the “Wakanda Forever” salute. According to court papers, Espinal “was admonished and told that it was inappropriate for her not to participate” in the gesture.

Espinal (in red jacket, below) was one year shy of being eligible for her lifetime pension. 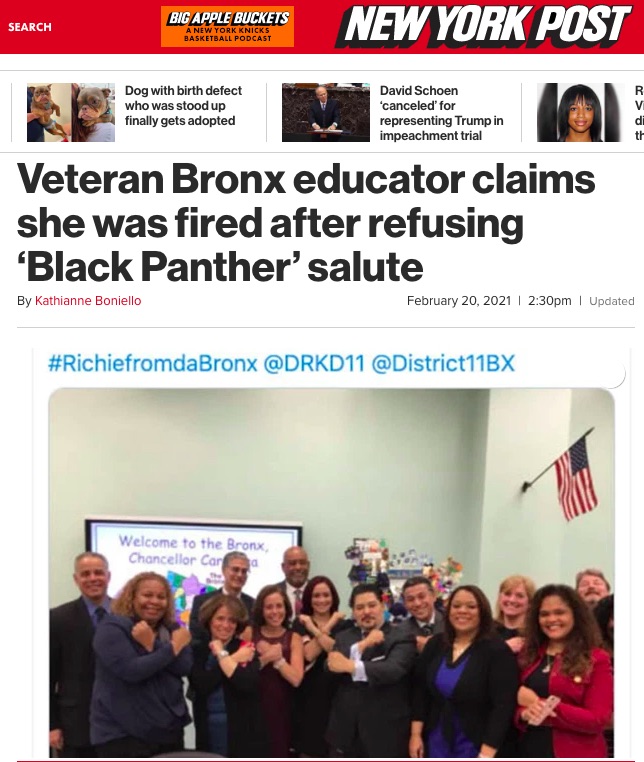 Espinal’s attorneys said their client felt the Wakanda gesture “introduced a racial divide where there should be none,” and that it “hijacked” the meaning of the (American) Black Panthers salute (a single raised fist). The NYC DOE claimed the (Wakanda) salute is “a symbol used to represent the Bronx.”

Espinal also alleges in her $40 million lawsuit that she was told she wasn’t “Black enough” and should “just learn to be quiet and look pretty.”

Ames and Espinal are but the latest to object to Carranza’s focus on matters racial and ethnic in city schools. One now-former DOE official, whose job (ironically) was to get more minority students into AP classes, fell into disrepute for “refusing to acknowledge her own white supremacy [and] racism.” Others sued because of Carranza’s “sweeping reorganization” which “pushed aside” Caucasians.

MORE: Cash-strapped NYC school district has a ‘Director of Mindfulness’