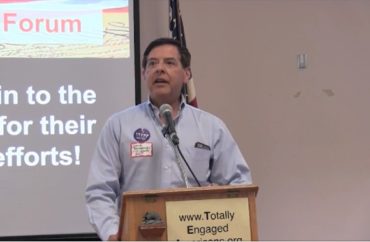 Oberlin College’s newspaper has no plans to apologize for criticism from a student who took issue with its interview with a local Republican Party leader.

Student Sam Beesley demanded that the Oberlin Review “apologize for allowing such views to be expressed so uncritically and should work to promote voices usually ignored by our white supremacist society.”

“The Review should give a platform to these voices, not perspectives espousing bigotry,” Beesley said.

The student opinion writer took issue with a short interview the campus newspaper published with David Arredondo (pictured), a former admissions director for the private Ohio college. Arrendondo is the executive chairman of the local Lorain County Republican Party and is also Hispanic. He recruited international students to come to Oberlin, according to his bio.

News editor Ella Moxley said that if someone takes issue with the interview they can choose to not read it.

“We published the interview with Arredondo to promote a much-needed dialogue between students and community members in this town,” Moxley said. “I am excited to hear that students read the interview and have thoughts on it, but we do not exist in a vacuum. There is value in making a diversity of opinions available to the public.”

“It is up to the individual student if they want to read or sit this one out,” Moxley wrote. She noted that the city of Oberlin does not have its own newspaper, so the campus paper is the de facto publication for the town in addition to the college.

The interview is a short profile centering on how Arredondo came to his beliefs, his experience at Oberlin and why he switched from a Democrat to a Republican.

Beesley took issue that Arredondo compared his decision to publicly call himself as Republican to a homosexual “coming out of the closet.”

He also found issue with the Republican chairman’s comments that “Third World countries push[ed] us around” in the Vietnam War. “I got exposed to political correctness, people who claim to be victims,” the Republican also said in another comment that offended Beesley.

“The interviewee displayed a deep bigotry towards marginalized communities in the U.S. and other countries as well as a complete lack of understanding of history,” Beesley said. “The Review allowed these views to be presented without any criticism or even clarification that the views were offensive.”