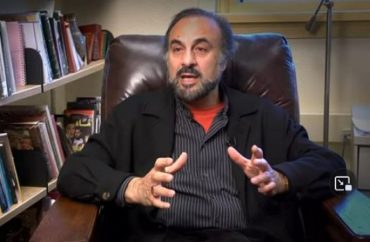 A professor of religion and Islamic Studies at Oberlin College once endorsed the Ayatollah Khomeini-issued fatwa against “The Satanic Verses” author Salman Rushdie.

Rushdie was attacked by a knife-wielding individual just two days ago while giving in a speech in Chautauqua, New York. He currently is hospitalized with injuries to his neck and liver.

Regarding free expression Mahallati also said “I think if Western countries really believe and respect freedom of speech, therefore they should also respect our freedom of speech. We certainly use that right in order to express ourselves, our religious belief, in the case of any blasphemous statement against sacred Islamic figures.”

A former diplomat, Mahallati joined the Oberlin staff in 2007. According to his faculty page, Mahallati “developed innovative courses with interdisciplinary approach to friendship and forgiveness studies and also initiated the Oberlin annual Friendship Day Festival.”

A personal website linked to Mahallati’s faculty page states his research is “focused on the ethics of peacemaking in Islam in the context of comparative religions.”

The prominent Iranian-American journalist Masih Alinejad took to Twitter to blast Mahallati. She wrote: “Guess who defends Khomeini’s FATWA against #Salman Rushdie? Mahallati the Islamic Republic’s former ambassador at the UN who is a now a professor at @oberlincollege.” …

In a second tweet, the women’s rights activist Alinejad wrote: “We Iranians call on @oberlincollege again to investigate about Mahallati the Islamic Republic’s former ambassador at the UN who defends the Fatwa against Salman Rushdie. I can provide many other documents showing his role on covering up the mass executions in 1988 in Iran.”

A detailed 2018 Amnesty International report accused Mahallati of carrying out “crimes against humanity” for covering up the massacre of at least 5,000 Iranian dissidents in 1988. Mahallati denies that he played a role in the cover-up of the 1988 massacre of innocent Iranian prisoners.

In October 2021, Oberlin allegedly conducted an investigation into Mahallati’s connections to the massacre and “could find no evidence to corroborate the allegations.” However, the school’s student newspaper published an editorial the following month calling the evidence against the professor “irrefutable.”

Per his faculty page, Mahallati has taught courses such as “Forgiveness in Christian and Islamic Traditions,” “Friendship: Perspectives in Religion, Politics, Economics and Arts” and “Ethics of War and Peace in Muslim Cultures: A Comparative and Critical Perspective.”